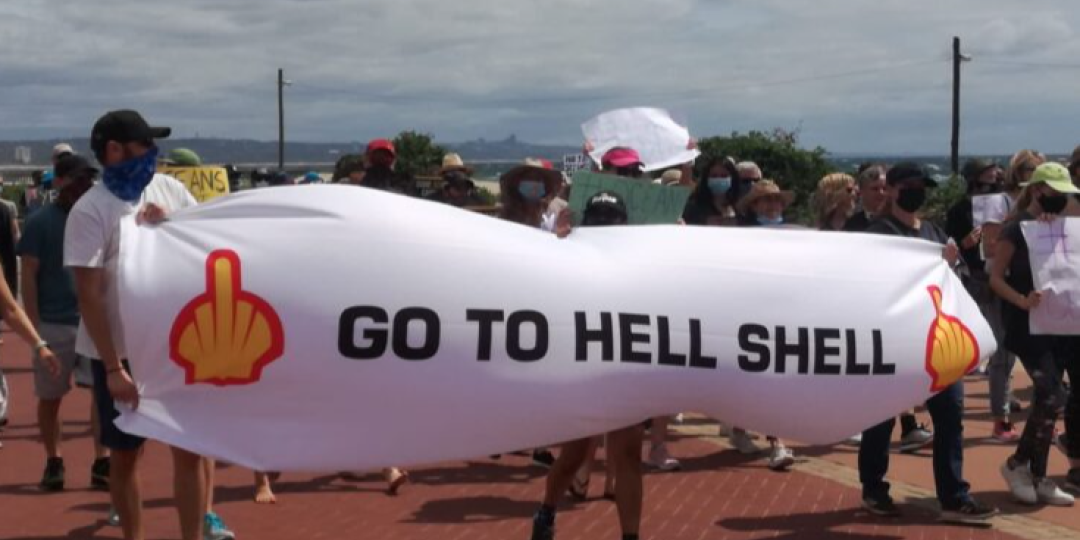 To say that public opinion has been forthright about Shell's seismic testing of the sea bed along South Africa's Wild Coast is an understatement. Source: The Bulrushes
0 Comments

South Africa runs the risk of paying a high price for ‘stranded assets’ if it allows new oil and gas fields to be explored and developed as the world moves towards renewable energy, but a massive spin-off could be job creation and cheaper fuel.

This was the reaction of economists and energy analysts to the court battle between environmentalists and oil and gas giant, Shell, which plans to conduct a seismic survey to explore for fossil fuels off the Wild Coast of South Africa in December.

The potential for seismic surveys to cause harm to the marine environment and particularly to migrating humpback whales and other cetaceans was the central focus of the virtual court hearing on Thursday.

The applicants' advocate, Willie Duminy, argued that the approved environmental management programme (EMPr)  for the seismic surveys had made it clear that the survey should not be undertaken during December, unless it couldn't be avoided, and Shell had not established that it was unavoidable. He said mitigation measures had also not been taken and fishing organisations and affected parties had not been informed of the surveys.

Counsel for Minister of Minerals and Energy, Gwede Mantashe, and for Shell argued that the applicants had neither proved that the seismic surveys would cause significant harm nor that the harm would be irreparable. Shell also argued that if an interim interdict was granted it would not be able to complete the surveys within the “window” of suitable time within 2022.

Shell argued that it may then have to walk away from the project and that would be detrimental to it, and to the country. Shell’s advocate also argued that the applicants had deliberately brought the case on a “hyper-urgent” basis in order to gain an unfair advantage and obtain an interim interdict that would achieve the ulterior objective of effectively stopping the project.

However, Duminy argued that Shell’s own EMPr had established that harm would occur and the interdict should not be refused on the basis that the degree of harm was insufficient. He said that it would be argued at the review stage that Shell did not have the environmental authorisation that was required under the National Environmental Management Act.

Commenting on the Shell project, energy analyst Chris Yelland said there was a “big question mark” regarding investment in new gas infrastructure as it was a “transitory fuel” as the world moved towards renewable energy.

“SA wants its own gas field but there is a surplus of gas in the world. It requires a massive investment and the world is moving very fast towards new hydrogen gas,” Yelland said.

“There is a high risk of stranded assets where you build these projects that have a lifetime of 30 to 50 years and they are only going to start delivering in ten years' time.”

However, economist Dawie Roodt said that the world was “far too emotional and excited” about renewable energy.

“The world is not ready for renewables yet. We have an abundance of coal, and if we can get oil that will be wonderful for SA. There is push-back on dirty energy in the world and I think it is completely overdone,” Roodt said.

Coal-fired power stations were not properly maintained as stakeholders anticipated the move to renewable energy, he added.

“If we do discover oil in SA it will be a huge bonus because oil is an imported product and the savings will be huge. I don’t think they (Shell) should be stopped. There are going to be spills and environmental damage but the question is to manage it responsibly,” Roodt said.

Economist Mike Schussler said there would be an economic benefit.

“People don’t want to see the bottom of the sea destroyed, but at the other end, we do need things to mine and sell out of our country.”

“We can’t be the choosers, we are the beggars and have 12.5 million people unemployed which is more destructive to the environment because they are chopping trees to keep warm and burning paraffin to cook and keep warm, so when we have got gas in the house, yes it is dirty, but not as dirty as other fuels. The lesser evil is to let them go ahead with it and hope we get some jobs out of it,” Schussler said.