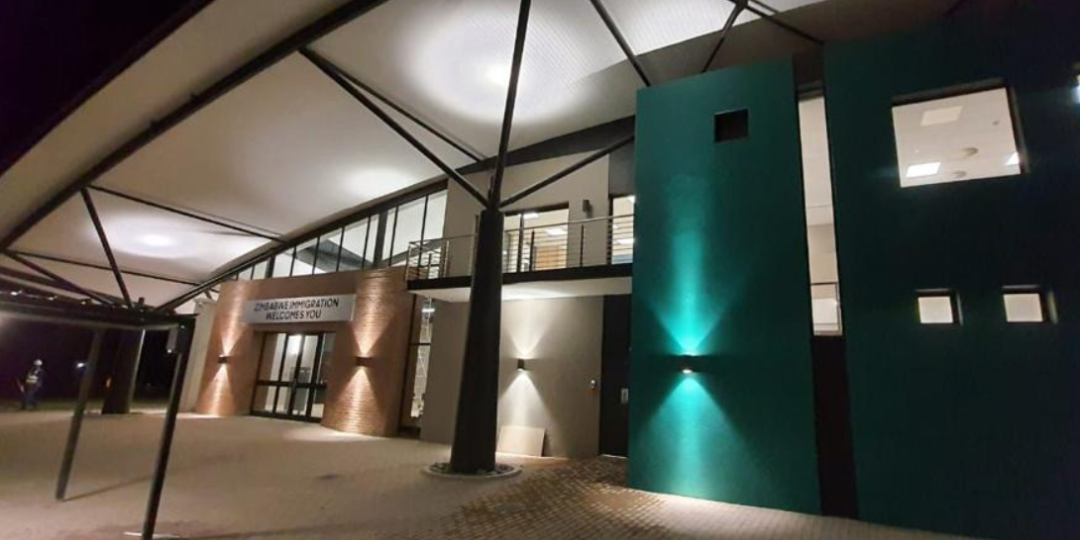 The revamp of facilities on the Zim side of the Beitbridge border is something truly special, but is it worth $300 million? Source: Transist
0 Comments

With mere days remaining before revamped facilities come on line on the Zimbabwean side of the notoriously congested Beitbridge crossing, transporters eager for relief from long delays in the northbound queue south of the border are asking uncomfortable questions about costs.

This morning a cross-border operator (*) who regularly passes through Beitbridge shared an email (**) with the regional transport industry asking why the “turnkey project”, awarded to South African construction company Raubex at a cost of $160 million, will end up costing almost double.

According to the email, the build-operate-transfer concessionaire that will henceforth run the crossing, Zimborders (***), has publicly stated that the “total declared project costs” amount to $300 million.

Through further deductions, the email also mentions that a water pipeline of 3.2 kilometres, which is included in the capital expenditure (capex) costs, will be paid for by the government of Emmerson Mnangagwa.

It is furthermore stated that payment for the pipeline by Zimbabwe’s government will be generated through the crossing fees charged to border users.

“So the real costs are far less than the declared construction costs of $160 million.”

The author of the email adds that if a sophisticated computerised system costs another $10 million, it still leaves $130 million that is unaccounted for.

Not so, says Mike Fitzmaurice, chief executive of the Federation of East and Southern African Road Transport Associations.

“People have to realise that there are unseen capex costs related to the revamp of Beitbridge. There are bank interests and related expenses that are all included.”

The email, however, appeals to banking institutions funding the Zimborders upgrade to come clean, arguing that the concessionaire will be “imposing on us inflated crossing fees”.

A one-way transit through Zimbabwe’s side of Beitbridge will be $175 for heavy haul freighters once the new facilities are commissioned next Wednesday.

And whereas transporters currently queueing towards Musina are eager to move beyond Zimbabwe’s current slow-processing problems, holding drivers back for days in the sudden summer heat, the ‘ferry man’s fee’ comes as a bitter pill.

It has, for instance, been asked why it costs almost double to pass through Beitbridge when it costs $100 for a heavy-haul rig to cross the Kazungula Bridge across the Zambezi between Botswana and Zambia – a multimodal linkage that in engineering scope, some say, far exceeds the facilities upgrade by Zimborders.

It has also been asked why the Kazungula project cost $259 million while the Beitbridge revamp cost $41 million more.

Says Fitzmaurice: “There are many aspects surrounding costs that people don’t see.”

* The transporters who approached Freight News with their information and inquiries did so on condition of anonymity.

** Freight News is still in the process of verifying the origin of the email referred to in this post.

*** Zimborders has been approached for comment and, once it has been received, it will be used as a follow-up post to this report.