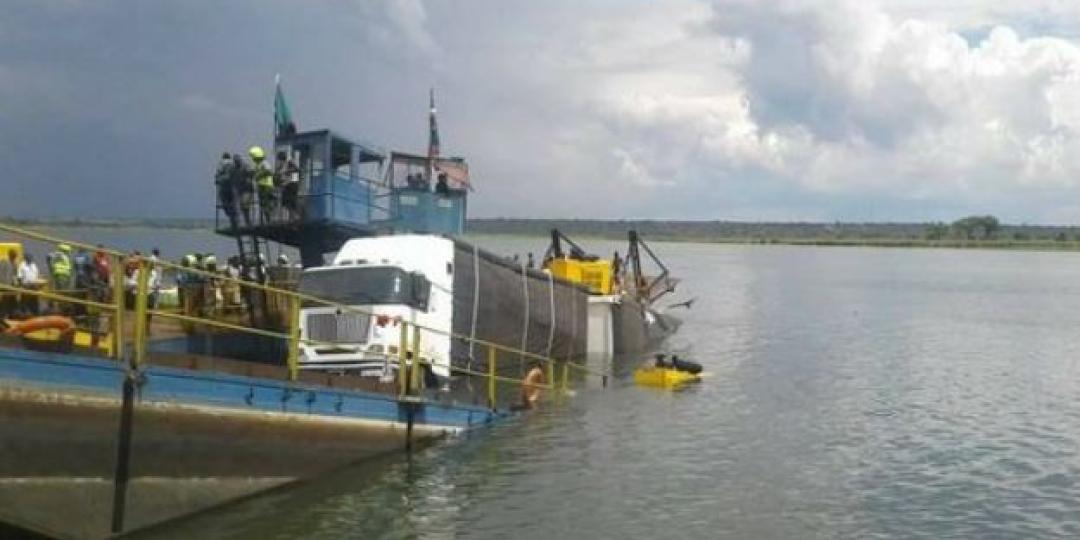 The Kazungula ferry crossing where trucks have to cross the Zambezi on pontoons despite there being a newly built bridge.
0 Comments

Rumour, rumination, conjecture and guesswork – that’s what fills the vacuum of government sector officials who are not forthcoming with trustworthy information about the new bridge at the Kazungula border post between Zambia and Botswana.

Speak to cross-border operators carrying freight across the region, transporters forced to use pontoons at a ferry crossing while a beautiful multimodal bridge graces the backdrop, and they all say the same thing: it’s probably because Zambia hasn’t paid up.

A source in Zimbabwe has intimated as much.

Another source in Zambia has agreed.

He said it was unclear exactly what was owed to the contractors who had completed finishes to the bridge sometime in September or October last year.

Prior to that, as early as April, when the coronavirus and subsequent lockdown measures led to scenes of inhumane congestion at crucial crossings, transporters carrying perishables and emergency cargo were actually allowed to use the bridge in spurts of traffic.

Yet almost one year after trucks started using the linkage because of pandemic pressure, not a shred of information from anyone in government providing any sort of official indication of when the bridge will be opened, has been received.

Said the source from Zambia: “They (the government of President Edgar Lungu) are probably waiting till elections in August before doing anything about it – to score political points.”

In February Botsang Moiloa, who is senior manager of “Border Interventions & Corridors Development” at the Cross-Border Road Transport Agency (C-BRTA), said the bridge was a sovereign matter and that South Africa could not interfere.

He also asked that in future Freight News refrain from directly approaching him with enquiries, and that all media matters be channelled through Mmenyane Seoposengwe, senior communications manager at the C-BRTA.

This in spite of the C-BRTA professing to provide a hands-on service to freight concerns, especially given the time-sensitive nature of a lot of cargo.

In addition to Seoposengwe’s contact details, Moiloa said he would share information of relevant representatives in Zambia and Botswana.

That was well over a week ago.

Since then nothing has been forthcoming, despite various attempts from Freight News to obtain information through the C-BRTA.

Finally, this morning, Seoposengwe phoned and said she would see how she could help with details of the contacts in Botswana and Zambia.

In the meantime word from the cross-border road freight industry is that the ferry transit at Kazungula is still under strain, with only about 50 to 60 trucks making their way across because out of the three pontoons used to cross the Zambezi River, only two are operating.

Unfortunately the only pontoon that can handle two trucks at a time remains broken.

According to Mike Fitzmaurice, chief executive at the Federation of East and Southern African Road Transport Associations (Fesarta), Kazungula should be accommodating at least 150 trucks every day on a route that provides crucial supply-chain passage for cargo in the Southern African Development Community