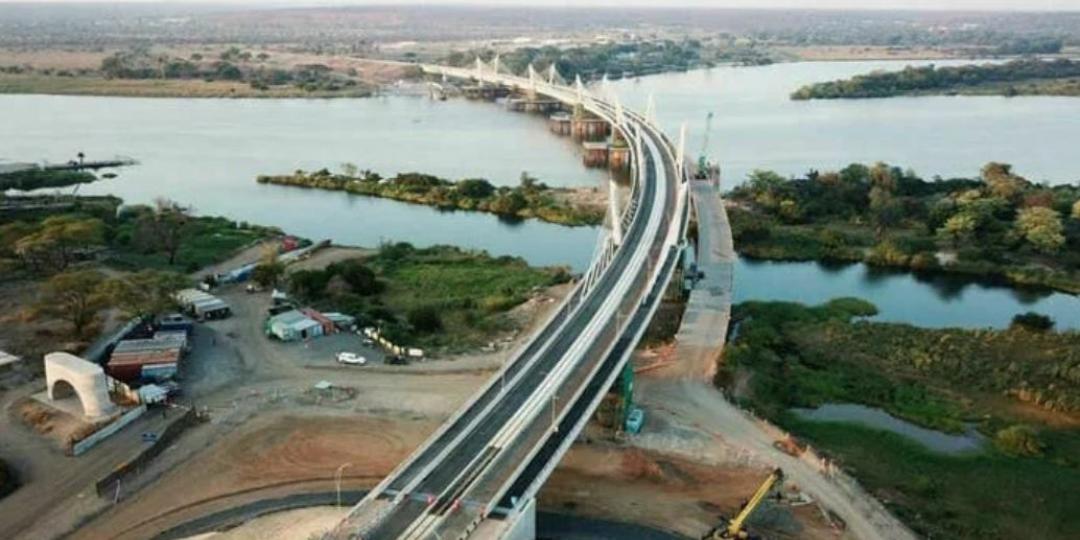 The Kazungula Bridge, seen here from the Zambian side looking south.
0 Comments

The teething issues at the Kazungula One-stop Border Post (OSBP), which a month ago still meant trucks took 30 hours on average to pass through a single-window system, have been sorted out.

So much so, says OSBP consultant Mike Fitzmaurice, that there is no processing queue at the moment.

“Transporters who are using that route at the moment say they can do Johannesburg to Lusaka and offload in three days.”

That is less than the four days, give or take, that it takes a long-distance truck driver to pass through the heavily congested Beitbridge crossing on the official north-south line (NSL) between Gauteng and Zambia’s capital.

Also, after Beitbridge there’s still Chirundu on Zimbabwe’s northern NSL crossing which, despite OSBP functionalities in place, regularly reverts to old-fashioned ways of cargo processing, much to the frustration of passing trade.

Don’t forget too, that using the multimodal bridge across the Zambezi between Botswana and Zambia, adds an estimated 200 kilometres onto the Copperbelt journey for road hauliers serving the mining areas of Zambia and the DRC.

In other words, the longer way around is faster, provided that drivers entering Botswana adhere to that country’s stringent polymerase chain reaction (PCR) testing regulations for Covid-19.

Failure to comply usually results in getting the swab, the results of which usually take longer than a day.

For the time being, possible congestion because of such deviation away from the NSL at South Africa’s Groblersbrug crossing to the Martin’s Drift point of entry in Botswana, is also being kept in check.

How long that’s going to be the case, with bottlenecking of the northbound lane at Beitbridge having now lasted for 35 days, remains to be seen.

* Read this for context: https://tinyurl.com/drhcstz5