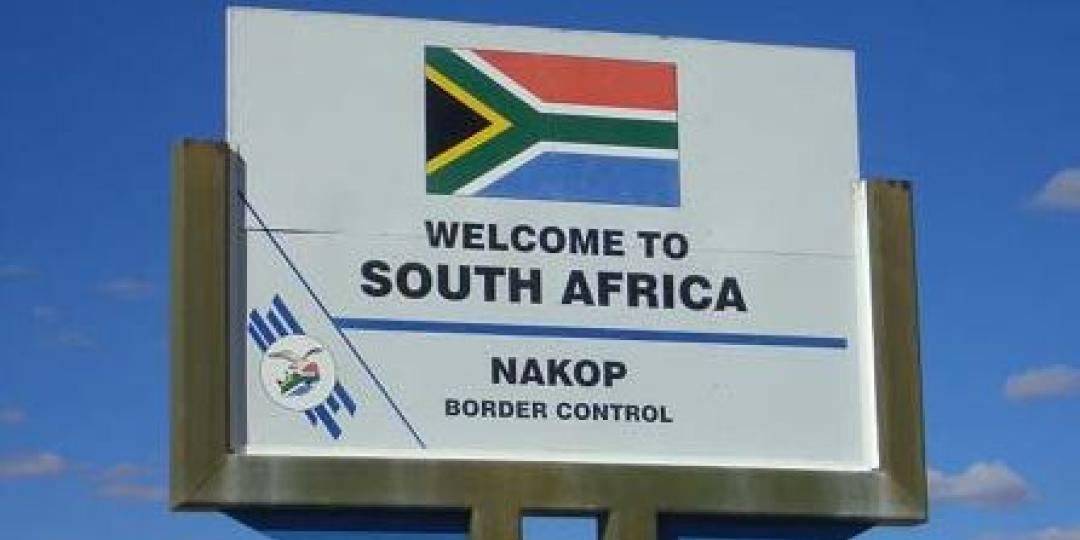 South Africa’s ordinarily quiet border post of Nakop into Namibia was this morning closed down because of the SADC’s Covid-curbing directive. Source: Oxpeckers.org
0 Comments

Contradictory statements by executive officials resulted in confusion and border closure this morning as South African customs personnel appeared at a loss about the implementation of a Covid-curbing directive issued by the very organisation tasked with facilitating trade across the region – the South African Development Community (SADC).

At the heart of the confusion was last night’s announcement by Minister of Home Affairs, Aaron Motsoaledi, that the directive forcing travellers to present certificates proving that they had been tested for the coronavirus did not apply to cross-border truck drivers.

Momentarily it brought peace of mind to transporters who have lamented the decision ever since the SADC first announced it.

Unfortunately Motsoaledi’s interpretation of the directive is in stark contrast to a statement earlier this week by the SA Revenue Service (Sars) in which transporters were informed that all South African land borders would implement the SADC measure as of this morning, 1 October.

It also didn’t help much that Sars yesterday issued a second statement on behalf of customs executive Beyers Theron reiterating the tax authority’s initial statement that truck drivers would be required to present Covid-19 negative results upon departure from and arrival in RSA.

This morning the Cross-Border Road Transport Agency weighed in on matters when it said that Motsoaledi was right, while another Sars official whose name is known to Freight News said his understanding was different from the minister’s.

“There will be no exceptions. All travelers are required to provide a Covid certificate, including truck drivers.”

In an attempt to gain clarity, the Sars official added: “We have requested Home Affairs to draft something.”

But clarity was absent this morning as customs personnel clearly didn't know who to believe – the Department of Home Affairs or Sars?

Worst off was South Africa’s border with Namibia west of Upington.

Ordinarily famous for being fluid and free of issues, unlike other South African land borders where congestion and corruption rule the day, Nakob Border Control had ground to a complete halt.

On the South African side a transporter contacted the Federation of East and Southern African Road Transport Associations (Fesarta), desperate to free 17 trucks stuck with medical equipment and automotive spares bound for Windhoek and other Namibian destinations.

On the Ariamsvlei side of the border cattle trucks loaded with livestock sat in soaring temperatures while South African customs couldn't figure out whether to ask truck drivers for Covid certificates or not.

Elsewhere borders at least remained open, with the Skilpadshek and Groblersbrug crossings into Botswana, Beitbridge into Zimbabwe, and Lebombo into Mozambique all implementing the directive in different ways.

In the last message received from Fesarta before posting this report, South Africa’s implementation of the directive was said to have been suspended pending a decision by the Department of Home Affairs.

Fesarta CEO Mike Fitzmaurice did not however hold back comment on the issue or mince words about the contempt he has for the SADC.

In his strongest rebuke of the organisation he claims causes more harm than border harmonisation, he said: “They created this situation and must take responsibility for it. Their decision to demand that truck drivers present Covid certificates is ill considered and based on information not shared by the World Health Organisation.

“They took this decision without thinking properly about the implications it will have on trade across the region. They must fix this.”

Fitzmaurice also appealed for clarity, mainly from the SADC, who have remained conspicuously quiet – unsurprisingly.

At best there will be greater clarity later today when Home Affairs is expected to make a pronouncement about Motsoaledi’s interpretation of the directive.

At worst transporters will be expected to continue accessing chaotic border crossings while officialdom chases its own tail.