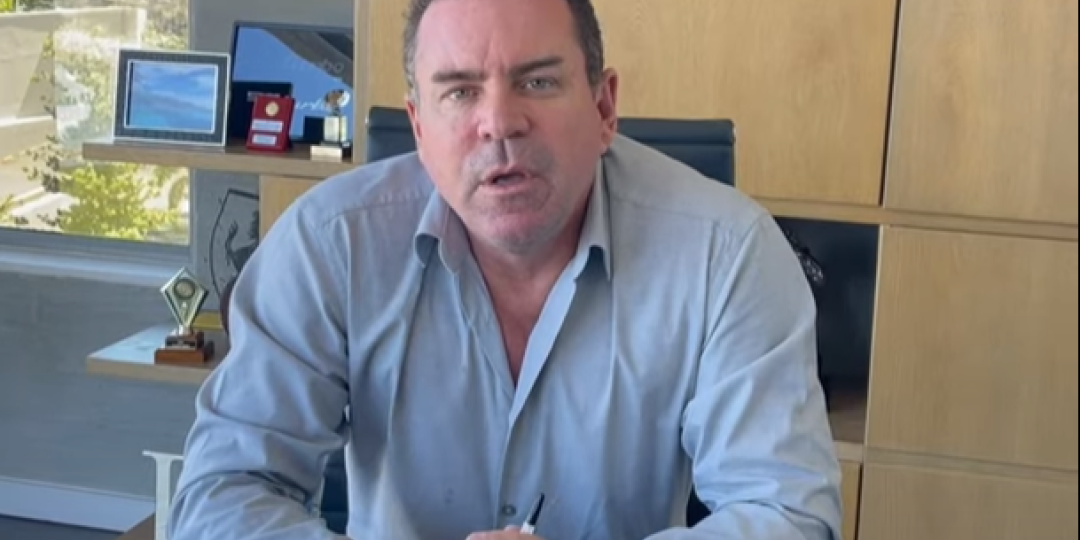 Until the preclearing of cargo is properly done and Covid-related labour issues resolved, the heavily bottlenecked Beitbridge border between South Africa and Zimbabwe will continue to experience chaotic congestion, concessionaire executive Francois Diedrechsen has said.

On the third day of the Zimborders Consortium assuming control of cargo processing at the crossing, the company’s CEO said there was no silver bullet for northbound trucks queueing to squeeze through the choke-point across the Limpopo.

Commenting on the ongoing loss of labour at night, when clearing agents and runners prefer to adhere to Zimbabwe’s dawn-to-dusk coronavirus curfew, Diedrechsen said: “Zimborders has the necessary services to help, but we can’t lose 12 hours a day.

“Not having staff to do evening work is the definitive problem,” he stressed.

According to Diedrechsen, the border should be processing at least 400 trucks at night, but when staff, scared of contravening Zimbabwe’s 6pm-6am Covid curfew prefer to stay away despite being essential supply-chain workers, not even 50 trucks get processed after hours.

Slowly, though, change seems to be afoot following meetings between Zimborders and government departments such as the Zimbabwe Revenue Authority.

Essentially it should have happened at least three weeks ago when, first of all, law enforcers were told they were not supposed to harass border staff wanting to work at night, and secondly, when clearing agents and runners were informed that they were required to work after hours.

Nevertheless, having staff on the ground could not have come soon enough.

“Last night was the first time we managed to get runners and clearing agents to work in the evening. It wasn’t enough but we managed to process at least 40 precleared trucks,” Diedrechsen said.

He added that it was necessary for the evening staff issue to be permanently dealt with, but that he understood that labour-related Covid-19 anxiety had become a mindset problem that was difficult to reverse.

He also said that word on the ground was that transporters and drivers were prepared to apply pressure on clearing agents and runners, reminding them that there was no reason anymore not to perform their functions.

As for the preclearing of cargo, Diedrechsen said it needed to be drastically stepped up to unblock Beitbridge.

“For a border to be effectively run you need preclearing, and to clear a serious backlog out of the system you actually need a dramatic amount of preclearing.”

By his own admission, he said a lot still had to be done to assist fed-up drivers who sometimes violently vented their frustration after being stuck in a queue for days without enough food, water or access to amenities and exposed to soaring summer heat.

“The queue has not diminished. I don’t say it proudly. I say it truthfully.”