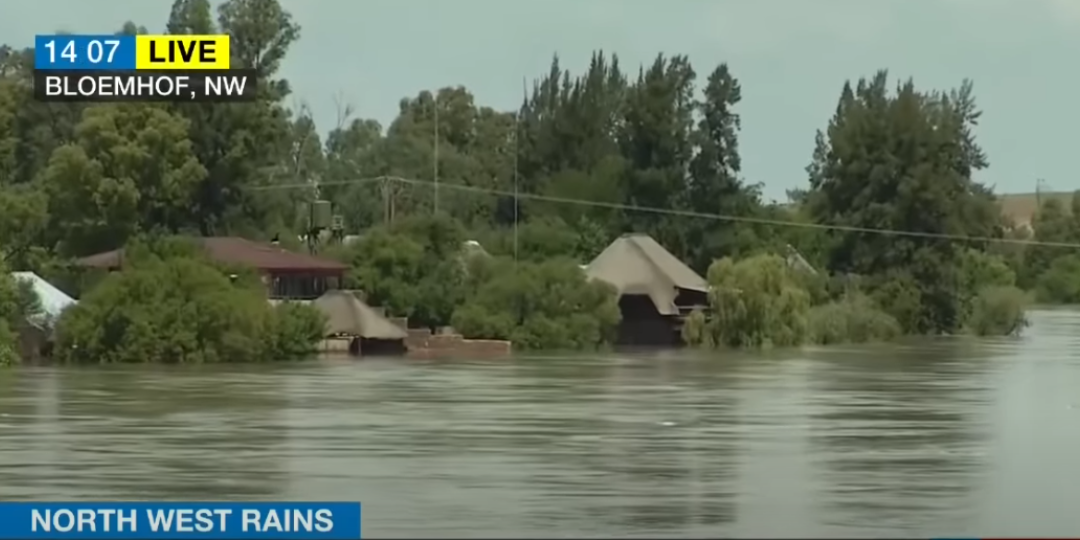 Houses on the banks of the Vaal River in Bloemhof where residents had to be evacuated after sluice gates at the Vaal Dam had to be opened. Source: ENCA
0 Comments

Agri SA has added its support to the National Disaster Management Centre’s (NDMC) classification of a national disaster due to the severe rainfall and flooding in large parts of the country.

After the prolonged drought of the past six to nine years, the recent rains have been welcome. But they have also brought severe risks to crops and damage to infrastructure.

The national disaster classification allows the national executive, in terms of existing legislation and contingency arrangements, to coordinate and manage the disaster.

In strengthening its support, the South African National Defence Force, South African Police Service, or any other organ of state can be mobilised to effectively manage the disaster in conjunction with disaster management structures.

Impact assessments are already being conducted by provincial disaster management centres and the Department of Agriculture Land Reform and Rural Development to determine the extent of damage suffered by producers, says Agri SA.

For a national disaster to be declared, these assessments are critical. Funds will now be reprioritised within the sphere of government to address the disaster – and the repair of road infrastructure is top priority.

“Reports have been received that some producers have 100% crop losses in some districts and, as we are at the end of the planting season, producers cannot replant. Record-high input costs such as fertiliser and fuel are other losses farmers experienced by the torrential rains,” said Andrea Campher, Agri SA risk and disaster manager.

Agri SA participates in the National Joint Flood Coordination Committee meetings of the NDMC, in which organised agriculture has the opportunity to address the critical needs of producers and allow closer collaboration with the government on the impacts suffered by producers.