On 06 May 2022, the World Customs Organization (WCO) informed that from 20 to 23 April 2022, Members of the African Union gathered for the AfCFTA 6th meeting of the Sub-Committee on Rules of Origin (RoO) to discuss outstanding issues and the draft AfCFTA RoO manual. The meeting was preceded by a one-day workshop on implications of HS 2022 amendments for RoO and schedules of tariff concessions, which was delivered on 19 April. The meeting and the workshop took place in Accra, Ghana. They were organized jointly by the AfCFTA Secretariat and the EU-WCO Programme for Harmonized System in Africa (HS-Africa Programme), funded by the European Union.

Over 120 RoO experts took part in the meetings with 38 attending in person and 83 virtually representing 40 Member administrations, the East African Community, ECOWAS and the Community of Sahel-Saharan States. First, the experts attended the workshop where they were introduced to the HS 2022 amendments and where they discussed the impact that the amendments would have for the RoO and the AfCFTA schedules of tariff concessions. Thereafter, the experts gathered for the meeting of the Sub-Committee to examine the issues of RoO for which no agreement had been reached to date as well as to finalize the AfCFTA RoO Manual for the submission to the Council of Ministers.

In his opening remarks, Mr. Mohamed Ali, Director of Trade in Goods and Competition of the AfCFTA Secretariat expressed his appreciation for the support provided by the EU and the WCO on the implementation of the HS under the HS-Africa Programme. He emphasized the importance of ensuring that continued support be provided to the AfCFTA to fully implement HS 2022, and welcomed the opportunity to have a thorough review of the remaining questions. He thanked the Member administrations that were making strides in migrating to the new version of the HS.

Submission of Applications by EDI or eFilling - Comment due 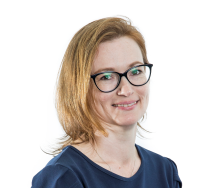 Warehouse: To license or not to license?