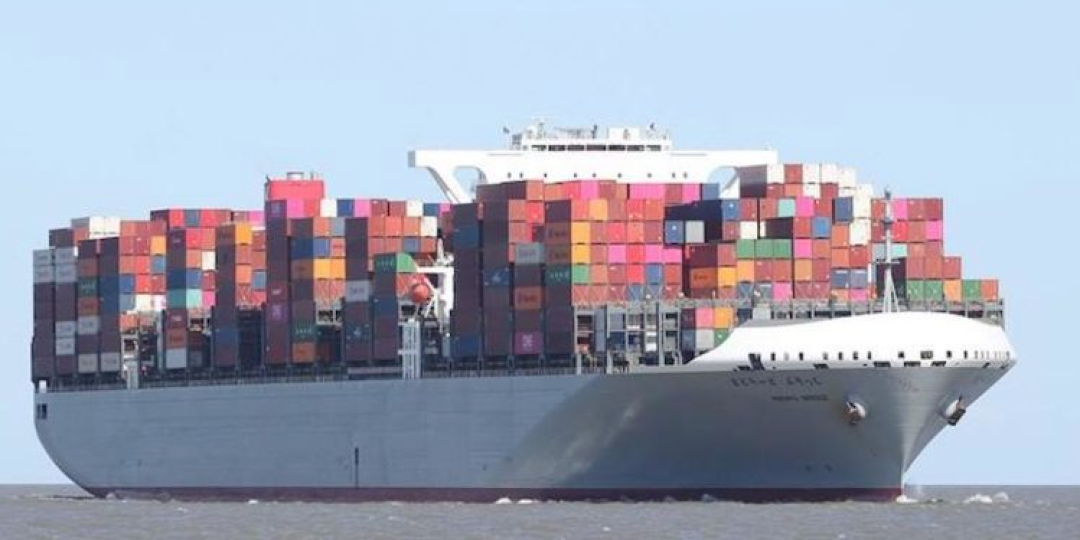 A week into the new year, and the first container stack collapse at sea has been reported, this time on board the Madrid Bridge, a 13 900-TEU vessel run by Ocean Network Express (ONE).

The incident apparently happened about four days ago while the Bridge was on its way to New York across the Northern Atlantic.

According to Nathan Strang, director of ocean trade lane management at San Francisco freight forwarding consultancy Flexport, vessel tracking shows that the Bridge had already run into trouble on the 2nd.

The vessel “then started manoeuvring to the south, possibly to find calmer seas”.

ONE notoriously suffered a massive container collapse at sea in November 2020 when the 14 000-TEU Apus lost 1 816 boxes overboard in rough seas north of Hawaii.

A record calamity for containerisation, the event set in motion what seemed like a chain of box losses in 2021.

Little over a month after the Apus incident, the 13 100-TEU Maersk Essen lost 750 containers, also in the North Pacific.

In February another box-overboard incident was recorded by Maersk when the Eindhoven, also with capacity for 13 100 TEUs, lost 260 containers between Los Angeles and Xiamen in China.

Then, last May, the X-Press Pearl was completely gutted off the west coast of Sir Lanka.

Although not a weather-related event, the 2 700-TEU vessel eventually sunk on June 2, taking most of its cargo with it.

Boxes that washed ashore on beaches near Colombo, were said to be contaminated by the nitric acid spill that caused the incident.

In the last container event of the year, the ZIM Kingston, with a capacity of 4 253 TEUs, lost 40 containers in heavy weather off Canada’s British Columbia coast.

At the time, during the UN’s Cop26 Climate Change Conference in Glasgow, meteorologist Michael Page of Flawless Forecast warned that rising sea temperatures in ordinarily cold oceans such as the northern Pacific, were causing a weather phenomenon called bombogenesis – literally translated as “the sea bombing out”.

“Without question, climate change is creating warmer oceans, adding fuel and allowing these storms to get even stronger, generating lower pressures, bigger waves, and potentially more loss for ships who then have to go through those waves,” he said.