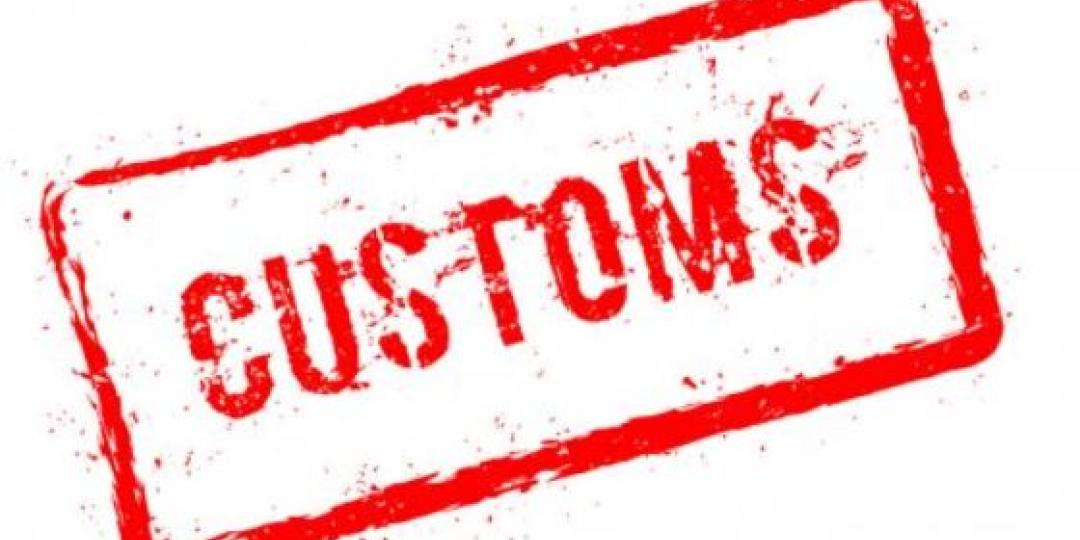 The implementation date is 12 June, except for Rule 19A.11, which commences retrospectively on 01 May.

The underlined is insertion.

(a) This rule applies to tobacco products, beer, wine (including vermouth), other fermented beverages and spirits and other spirituous beverages in respect of which payment of excise duties are due during the period commencing 1 May 2020 and ending 30 June 2020.

(b) Notwithstanding anything to the contrary contained in any rule, a licensee of a customs and excise warehouse contemplated in section 19A liable for the payment of excise duty in respect of excisable goods to which this rule applies who is excise compliant, may defer the payment of such excise duty by a period not exceeding 90 days: Provided that the applicable excise duty accounts in respect of such warehouse shall, despite the deferral of payment, be submitted on the dates prescribed or as determined by the Commissioner.

(i) excise duties, or interest or penalties related thereto, due and payable to SARS for which he or she is liable in terms of the Act; or

(ii) accounts, returns or other documents that must be submitted for excise duty purposes to SARS in

(b) The documents and payment specified in paragraph (a) must be submitted in the month of July of the year following the tax period, but not later than the penultimate working day of that month, subject to rule 54FD.05(b).

The insertion of Rules before Rule 106.01

105.01 (a) An outstanding amount payable in terms of the Act contemplated in section 105(c)(ii) may be paid in instalments after obtaining permission to do so in terms of rule 105.03, and entering into an instalment payment agreement with the Commissioner containing at least the following details:

(i) The name and customs and excise code of the person paying in instalments;

(iv) the amount of the debt;

(aa) the repayment in instalments as may be determined by the Commissioner in the specific case to secure the collection of the debt; and

(bb) the amendment and termination of the agreement.

(b) An instalment payment agreement must be signed by the parties and supporting documents as may be required by the Commissioner must be submitted on request.

Qualifying criteria for payment of debt in instalments

105.02 (a) Only persons that are tax compliant and that satisfy any one or more of the following qualifying criteria may apply in terms of rule 105.03 for the payment of outstanding amounts in instalments:

(i) The applicant suffers from a deficiency in assets, funds or liquidity and it is reasonably certain that that deficiency will be rectified in the near future;

(ii) the applicant anticipates income or other receipts that will be available for satisfying the debt;

(b) For purposes of paragraph (a) “tax compliant” means that a person contemplated in that paragraph has, when disregarding the amount for which instalment payment is requested, no outstanding –

(i) taxes, interest, penalties or other amounts due and payable to SARS for which he or she is liable in

(ii) accounts, returns or other documents that must be submitted for tax purposes to SARS in terms of the Act.

105.03 (a) A person who seeks to obtain the Commissioner’s permission to pay an amount in instalments as contemplated in section 105(c)(ii) may, subject to rule 105.04, apply for such permission by submitting a letter on an official letterhead to the Debt Management office at the e-mail address indicated on the SARS website for receipt of such applications.

(b) An application referred to in paragraph (a) must reflect the following information:

(i) The name and customs and excise code of the applicant;

(aa) if the other representative is a natural person, his or her—

(B) contact details and any physical and postal addresses in the Republic; or

(bb) if the other representative is a juristic entity—

(B) its contact details and any physical and postal addresses in the Republic; and

(iv) the reference number of any document that demanded payment of the amount, if such a document has been issued;

(v) the kind and amount of the debt owed to the Commissioner;

(vi) a concise motivation of the applicant’s compliance with the qualification criteria set out in rule 105.02, including the reason why the applicant cannot pay the debt in a single payment immediately;

(vii) the instalment amounts and repayment period proposed by the applicant; and

(viii) the name and contact details of the applicant’s auditor or financial adviser, if any.

(c) An application referred to in paragraph (a) must be supported by such supporting documents as may be required by the Commissioner, including –

(i) the applicant’s bank statements for a period of six months preceding the application, certified by the bank;

(ii) documentary evidence of the applicant’s financial resources and liabilities, which may consist of—

(aa) a copy of the applicant’s audited financial statements for the financial year preceding the date of application; or

(bb) in the absence of such financial statements, an auditor’s certificate to this effect;

(iii) documentary evidence of the applicant’s compliance with the qualification criteria set out in rule 105.02, including lists of the following:

(aa) The applicant’s anticipated income and receipts during the proposed repayment period, indicating the dates when the income or receipts are expected;

(bb) the applicant’s assets, investments and policies, including a description of the asset, the type of investment or policy, the name of the institution and the relevant values and, if applicable, maturity dates;

(cc) the applicant’s debtors and creditors including names, contact details and amounts owed or owing; and

(v) a certified copy of the identification document of an authorised person referred to in paragraph (d).

(d) An application referred to in this rule may be submitted – (i) once default has occurred; or (ii) in anticipation of imminent default.

105.04 Applications for instalment payment agreement in respect of amounts outstanding on deferment accounts may only be submitted until 31 August 2020.

The Rule Amendment is accessible at:

External Policy Refunds and Drawbacks”, effective on the day. The policy had been updated with respect to dual clearances to insert additional requirements from a shipping line or airline confirming that the goods were released and delivered on a specific declaration.

The Policy’s summary headlines include:

(a) Sars provides for the refund and drawback of duties and taxes on goods. Sars allows clients to apply for a Customs refund or drawback on duties and taxes within a time-period prescribed within Sections 75 and 76 read together with Section 76B of the Customs and Excise Act, 1964. This document encapsulates the refund and drawback legal requirements, processing, requirements, and timeframes allowed.

(b) Refunds are paid in respect of duty or levy overpaid, or where goods are exported in the same condition as they are imported.

(c) Drawbacks are paid in respect of specified materials used in the manufacture, processing, packing, etc, of goods that are subsequently exported.

(d) The onus is on the applicant to ensure that the correct forms and supporting documents are attached before submitting the Refund / Drawback application to Sars. The reason(s) provided by the applicant must be specific and adequately set out in the application.

(e) Customs duty and taxes paid on goods, having been imported contrary to the provisions of any law, will not be refunded.

On 08 June Turkey notified the World Trade Organization (WTO) Committee on Safeguards that on 30 May it had initiated a safeguard investigation on staple fibres of polyesters, classifiable in tariff subheading 5503.20, on which comment is due by 30 June.

What is a safeguard investigation?

A safeguard investigation seeks to determine whether the increased import of a product is causing, or is threatening to cause, serious injury to a domestic industry.

During a safeguard investigation, importers, exporters, and other interested parties may present evidence and views and respond to the presentations of other parties.

A WTO member may take a safeguard action (i.e. restrict imports of a product temporarily) only if the increased imports of the product are found to be causing, or threatening to cause, serious injury.

Egypt and Nigeria have put forward nominations for the post of director-general to succeed Roberto Azevêdo, who has announced he will step down on 31 August.

According to the timetable announced by the WTO Chair of the General Council, David Walker, the nomination period will close on 08 July.

Shortly after this, candidates will be invited to meet with members at a special General Council meeting, present their views, and take questions from the membership.

On 10 June the World Customs Organization (WCO) announced that the Eswatini Revenue Authority (SRA) had moved to establish a comprehensive e-tariff platform, with the support of the WCO under the framework of the European Union (EU) -WCO Programme for Harmonised System (HS) in Africa, funded by the EU.

The official start of the project was announced at the kick-off meeting, held on 03 June in an online format, with the participation of representatives of the SRA, the WCO and the Global Trade Solutions (GTS) – a South African company specialising in electronic tools for Customs and a member of the WCO Private Sector Consultative Group.

According to the WCO, in order to give a comprehensive and efficient user experience to trade operators in Eswatini, the e-tariff platform will seek to include an interactive section on advance rulings to allow the submission of paperless online applications for rulings. A multidisciplinary team at the SRA has been assigned to coordinate this project and will ensure close collaboration with the Eswatini National Trade Facilitation Committee.

Sunset Review of Stainless-Steel Sinks from China and Malaysia

Latest edition of the WCO News

The Global Trade Helpdesk in Support of MSMEs

WCO Publishes its Updated Comparative Study on Certification of Origin

Sars’ Letter on the Lenient Approach in respect of Enforcement Actions