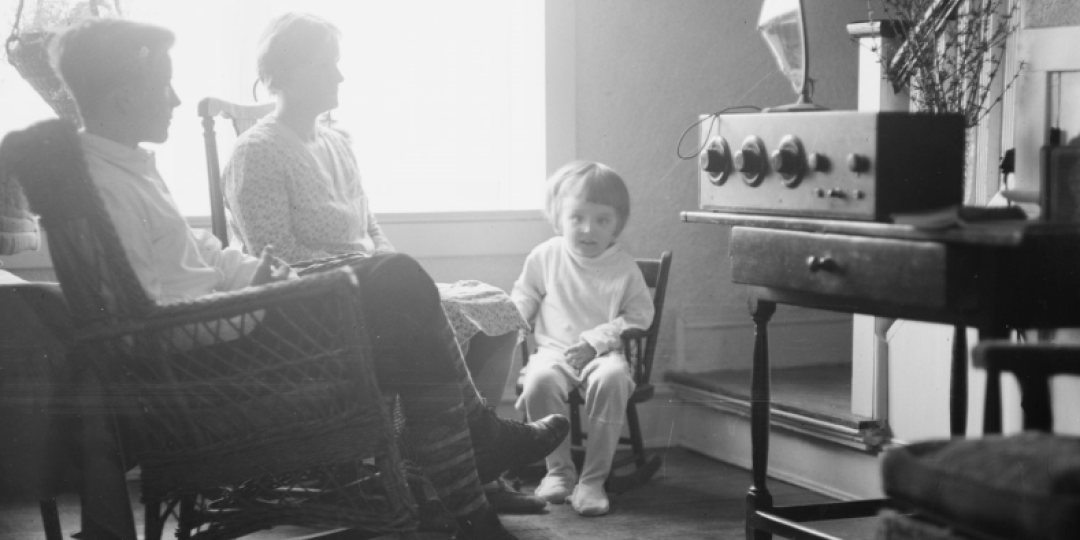 Back in the day when family entertainment mean listening to the "wireless".
0 Comments

As South Africa moves toward the 100th anniversary of broadcasting in the country, credit must be given to the company that pioneered the medium by financing and operating the very first radio station.

That groundbreaking media mogul was none other than – South African Railways.

In 1922, there were no radio stations in southern Africa.

However, the medium was a craze of growing popularity.

Easy-to-build amateur sets were assembled by listeners, using a few store-bought parts and a cigar box.

A little fine-tuning and the sets could also broadcast, if only to the neighbours.

"Amateur musical radio programmes started in Johannesburg in 1920, and became a fad in towns and the non-electrified countryside (crystal sets did not use electricity, but were powered by the radio frequency itself).

South African Railways was looking for a way to prove itself more than a transportation company but a driving force in the modernisation of the country.

On December 18, 1923, the first radio broadcast was made from the company’s Johannesburg headquarters.

The railway had planned to exhibit at the British Empire Exhibition in Wembley, England in 1924, but needed to raise cash for the project.

Perhaps radio broadcasts would be a way, proposed forward-thinking gentlemen in the marketing department.

The US technology company Western Electric got involved as a means of demonstrating its new mobile broadcasting gadgets.

The prime minister of what was then the Union of South Africa, Jan Smuts, was contacted, and agreed to “star”.

Western Electric loudspeakers were set up at South African Railways train stations in Cape Town and Johannesburg to broadcast the programme.

Listeners at home could also tune in on their sets.

Listeners heard someone tell a musician who was unclear on broadcast protocol to keep quiet (“Shh-shh!”) while the premier was speaking.

This proved a learning moment for fledgling radio makers, and thereafter all radio sets sold in South Africa were grounded.

However, an article “Broadcasting at last! Is it a dream or is it real?” in the SA Railways and Harbours magazine of January 1924, declared the radio experience was “very favourable” and that Smuts’s “high-pitched and squeaky voice was (clearly) heard on two pairs of Brown’s 8000 ohm ‘phones”.

After achieving the fund-raising goals for the British Empire Exhibit, South African Railways sold Southern Africa’s first radio station to the Scientific and Technical Club of Johannesburg, which assumed control on July 1, 1924.

The station was replicated in Cape Town when the Cape and Peninsula Broadcasting Association started its radio service on September 25, 1924.

Then, an association of Durban radio enthusiasts started broadcasting in Natal on December 10, 1924.

These endeavours were all financed by listener licences.

Unfortunately, licence fees were insufficient (then as now!) to finance a broadcasting operation without government help.

The Schlesinger organisation took over the three regional stations and merged the services into the African Broadcasting Company on April 1, 1927.

But even with radio advertising, broadcasting failed to be profitable.

Government took over ABC in 1936, and it became a public broadcaster called the South African Broadcasting Corporation.

However, somewhere along the line (pun intended), South African Railways’ role in bringing broadcasting to sub-Saharan Africa got ‘sidetracked’.