Prepare for food and fuel shortages in Gauteng 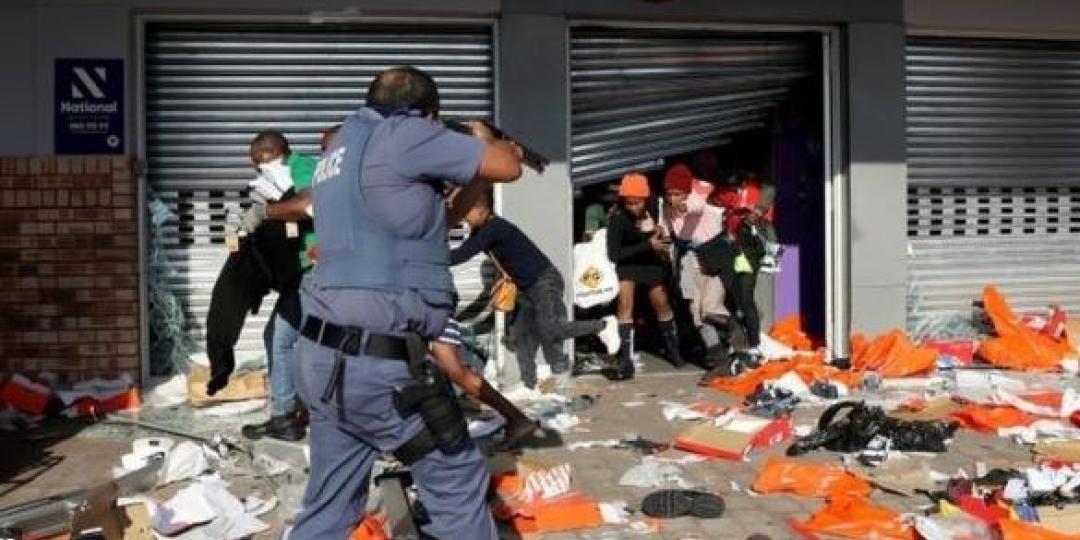 Looters scamper from under a smashed roll-deck door as a police officer takes aim in one of the many scenes of ransacking of stores and storage facilities. Source: BBC
0 Comments

This morning’s confirmation by the N3 Toll Concession company that the N3 highway between Heidelberg and Cedara north of Pietermaritzburg remains closed, effectively severing a lifeline of supplies to Gauteng and other interior areas, is cause for grave concern.

Much has been written about the prospect of food insecurity in South Africa, especially given the constant threat farmers have to contend with as the issue of expropriation without compensation drags on.

Who would’ve thought that an outbreak of vicious and widespread unrest after the imprisonment of a disgraced former president could wreak such havoc, opening the door to rampant ransacking of warehouses and stores, ushering in the kind of supply-chain anxiety we’re seeing at the moment.

Never mind food, fuel and medicine, a lot of other much-needed goods could soon be unavailable as Gauteng, the so-called engine room of South Africa, starts feeling the effects of looting and lawlessness.

To underscore what it all means from a supply-chain management point of view, it’s prudent to reflect on the stark assessment of Professor Anthony Turton, a leading intellectual and thought leader of the University of the Free State.

“The mayhem of the last 48 hours has wiped out our supply chain in KwaZulu-Natal (KZN). Last week it was there, but today it is gone. That complex web of transactions that moves goods across the landscape, like an army of ants on a single-minded mission, each moving their package relentlessly throughout the colony of ants.

“Our network is now gone.

“So as the day dawns I can reliably predict that we will rapidly start to encounter shortages of crucial goods like fuel for motor vehicles, food for hungry stomachs, medication for the sick, cash to grease the wheels of trade, and spare parts to keep the machinery of commerce going.”

In a long article looking at various elements of the anarchy that has paralysed large sections of South African society, Turton warns of prolonged destabilisation to follow after the criminal madness we’ve seen played out on the streets of KZN and Gauteng.

“ATMs are gone, so we will rapidly run out of cash.

“Grocery stores have been destroyed, so even if they can procure goods from the warehouses now burned to the ground, they will be unable to transact because the tills are gone and the point of payment card machines destroyed.

“The retail malls have been so destroyed that it will take months to rebuild them. More importantly, the Clicks and Dischem pharmacy chains that are the most efficient delivery vehicles for the national vaccine rollout, are simply no more.

“I therefore predict an acute shortage of fuel, food and medication. These three things will hit almost everyone, and very soon.”