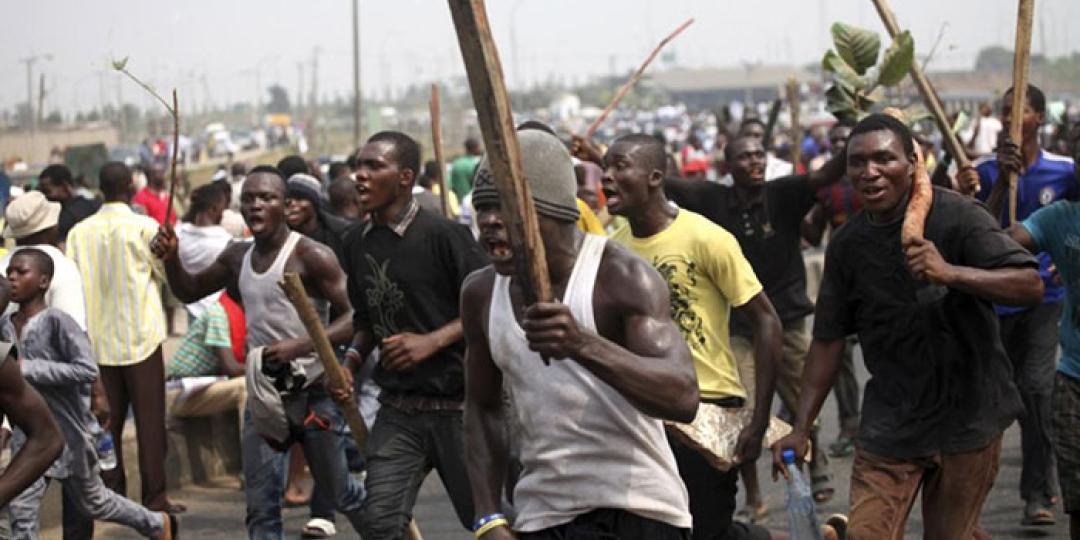 In the context of rising food and fuel prices, an official unemployment rate of 34%, and growth-depressing factors such as blockades of the N3 and persistent rolling blackouts, South Africa faces the prospect of more social unrest and instability over coming months. A paper by Sandile Hlatshwayo and Chris Redl of the IMF points out that the strongest predictor of future instability is past instability. South Africa’s recent past is marked by ever more protests; the riots in 2021 stand out as particularly severe. 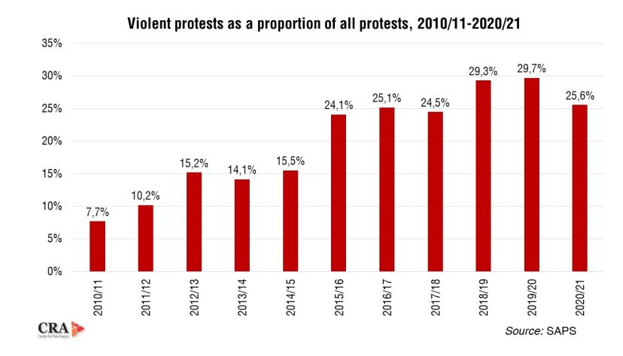 In their paper, Hlatshwayo and Redl find the probability that a country will experience severe social unrest in a given month is only 1%. However, this probability quadruples if that country has suffered unrest within the previous six months. The probability doubles if a neighbouring country has experienced it.

South Africans’ economic freedoms have been steadily undermined and curtailed by the wrong ideology and policies of the ruling government; as a consequence, quality of life has declined, and people have become more desperate. When people feel that they have few realistic prospects for improving their lives and the fortunes of their families, they may well consider pursuing more desperate measures.

Annual inflation in South Africa increased to 6.5% in May, up from 5.9% the previous month. It is likely that the SA Reserve Bank will continue its trend of hiking rates in the second half of the year, pushing down further on economic activity. Given that we have not as yet seen the necessary policy changes (specifically regarding the country’s ports and rail networks) that are required to lower the cost of transporting goods and doing business, already under-pressure consumers face ever-higher food prices.

The South African government – much like others in the sub-Saharan African region – is too fiscally constrained to spend millions on large infrastructure projects and grand welfare programmes. Indeed, should growth be stuck at under 2% for the foreseeable future (again a very likely probability given the reticence to adopt and implement pro-economic freedom) macro policies, the government will be forced to downscale its various current social welfare endeavours. Without such support, millions of citizens will be forced into more desperation.

Societal instability in one country can spill over into neighbours; should South Africa experience more protests in coming months, this will impact economic activity across the wider region. It is therefore even more critical that South Africa reverses its present course and adopts policies that are pro-economic freedom and pro-growth.

Basic service delivery and financial accountability and transparency can already go some way toward assuaging the frustrations of citizens. When they cannot expect to receive even the most basic services from the state, their frustrations will mount. Those businesses and organisations that attempt to step into the breach will need to account for increased costs and other burdens, which will eventually be passed on to consumers.