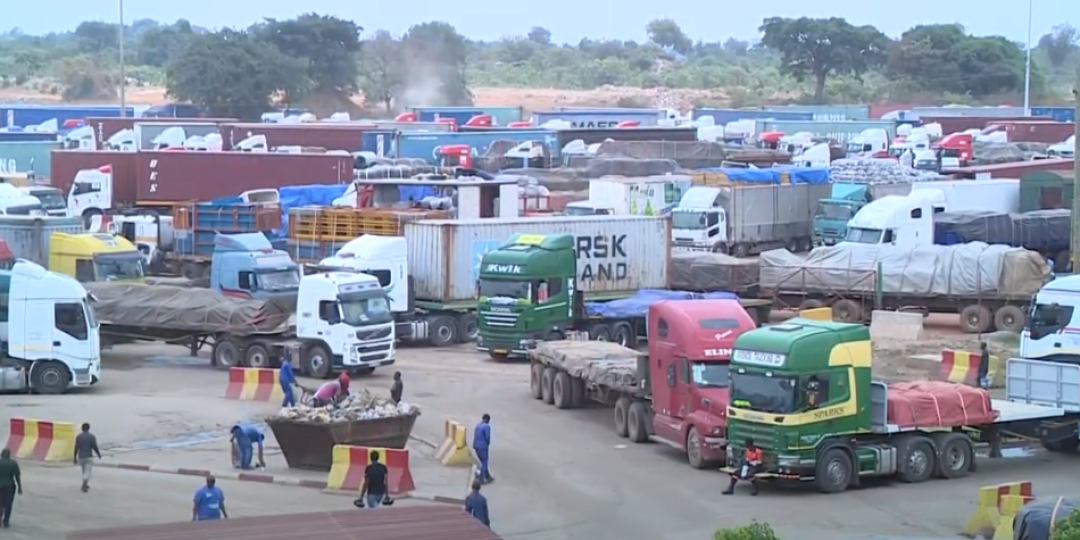 Hopes are that the backlog at Kasumbalesa will soon be a thing of the past.  Source: ZNBC News (file photo).
0 Comments

Cross-border hauliers serving the Copperbelt route into the Democratic Republic of the Congo (DRC) are advised that the Kasumbalesa Border Post has been closed for transits for three days.

This emerged yesterday, according to the Federation of East and Southern African Road Transport Associations (Fesarta).

The development comes after the recent secondment of Zambia Revenue Authority executive Levy Simatimbe to the congested crossing.

Fesarta head Mike Fitzmaurice said the suspension of movement through the important transit was “an attempt to clear the backlog as the Congolese have refused to extend operating hours at Kasumbalesa until it’s passed into law”.

Long-distance hauliers have been requested to make use of other border posts between Zambia and the DRC, more specifically Mokamba and Sakania further east of the primary Copperbelt crossing.

Tankers though have been asked to use Sakania and not Mokambo.

Fitzmaurice said that the “DRC has agreed to accept trucks through these borders”.

The announcement came as an immediate acknowledgement of Simatimbe’s role in decongesting the border.

Previously the tax authority’s northern revenue district commissioner appealed for operating hours at the beleaguered border to be extended, especially through the appointment of more customs staff.

It’s not clear what’s happening in that regard.

Transporters serving copper mines and related clients in the DRC have for some time said that the best solution for Kasumbalesa’s nagging congestion issues would be to run the border around the clock, seven days a week.

It would harmonise its operating hours with the border posts of Chirundu (Zimbabwe/Zambia) and Beitbridge (South Africa/Zimbabwe), further south on the crucial supply-chain route.