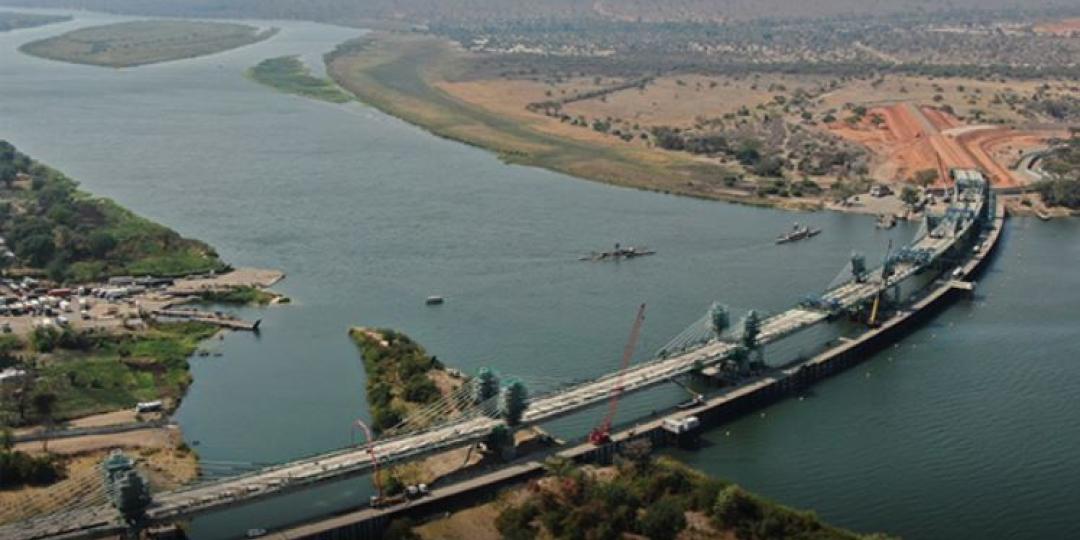 The bridge south of Kazungula in Zambia, finally completed last month after it was initially due to be finished in 2018, will most likely be opened to traffic before the end of the year. Source: CCE News
0 Comments

Although it remains anyone’s guess when the new Kazungula Bridge across the confluence of the Chobe and Zambezi rivers will officially open to traffic, the strongest indication yet that it’s imminently close was yesterday received from the Zambia Revenue Authority (ZRA).

This emerged after it was reported that ZRA had announced that it would be moving its regional office from Livingstone to the southern Zambian town from which the much-hyped logistical linkage has taken its name.

The announcement comes amid mounting expectation that the bridge will fundamentally alter the movement of road and rail freight across the sub-Saharan region.

Speaking to a Zambian news site, ZRA emphasised that the $70-billion bridge into Botswana would boost trade in Zambia’s southern province significantly, with tangible benefits for revenue collection.

Although projections at this stage are unclear, anticipated volumes crossing the bridge where pontoons are still the only way for traffic across the Zambezi, are seen as reason enough by the ZRA to move its Livingstone office some 60 kilometres west.

“Because almost everything will be done from Kazungula, the main office will now shift,” ZRA corporate communications manager Topsy Sikalinda told News Diggers!

“We will just leave a skeleton in Livingstone because the activities will not be there. And it’s a short route from South Africa, from Namibia and from Botswana. So we expect these other routes to divert their traffic.”

Transporters will also not need much persuasion to divert traffic away from other north-south route border posts such as Beitbridge, considering the shambles it has been of late.

Commenting on the topsy-turvy state that has characterised South Africa’s border into Zimbabwe, a clearing agent working in Musina yesterday warned that “all roads currently lead to Kazungula”.

Namibia too, with a road network said to be the best in Africa according to the World Bank, is making a determined play to benefit from the bridge by luring freight out of the Copperbelt towards the Port of Walvis Bay.

However, not all freight and trade thought leaders are that optimistic about the crossing’s chances to alter logistical flows across the region.

Tariffs at the one-stop border post remain a closely guarded secret, and although the pontoons will probably be done away with altogether, reservations have already been expressed about what it may cost to use the Kazungula Bridge.

As an alternative route towards the Copperbelt from South Africa, it also means that South Africa’s northern borders into Botswana, most likely Groblersbrug west of Lephalale but possibly also Kopfontein further south, could get a lot busier.

Either way, developments at Kazungula should serve as a wake-up call for Beitbridge, especially north of the Limpopo where loss of trade flows could be severe if Copperbelt logistics is diverted all the way around through Zambia and Botswana.

South Africa too could be on the receiving end if it does not solve long-standing problems at the Port of Durban.