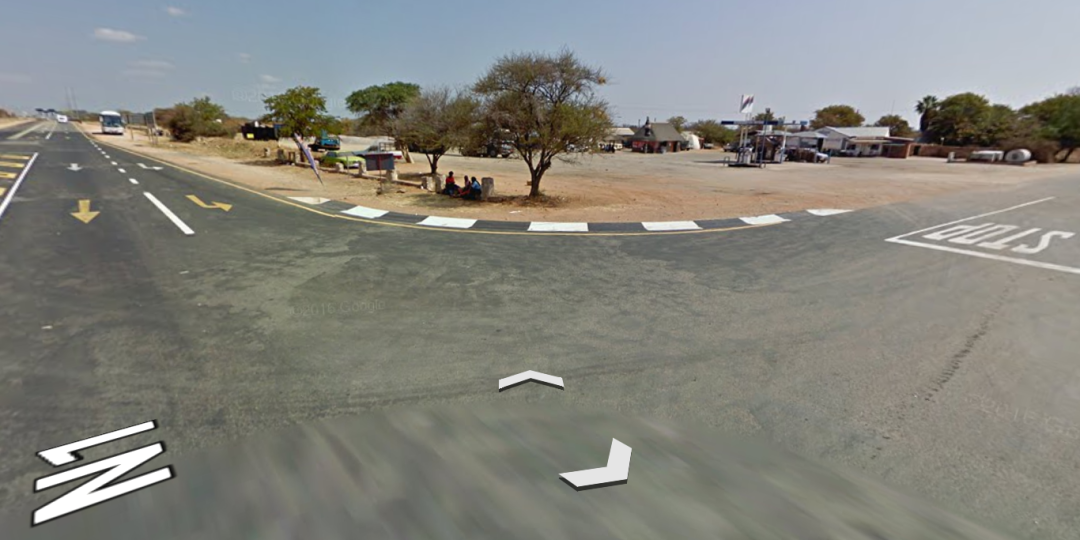 The reported location on the N1 south of Musina where a truck staging area has sprung up in a bid to deal with congestion at Beitbridge. Source: Google Earth
0 Comments

In response to what has been described as the worst congestion ever seen at the Beitbridge Border Post, a truck staging area has sprung up at the Caltex garage near the Boabab Toll Plaza, some 40 kilometres south of Musina on the N1.

According to Mike Fitzmaurice, executive director of the Federation of East and Southern African Road Transport Associations (Fesarta), the same strategy was deployed last year over the festive season.

Back then the Limpopo River crossing became so congested, with uncontrollable volumes exceeding customs capacity, that soaring December heat exacted its highest toll when at least two people died waiting to pass through the border.

This time, by all accounts, and a point of concern Fitzmaurice agrees, bottlenecking at Beitbridge has reached a level never seen before.

A video posted yesterday on Fesarta’s Transist Assistance Group (Transist) showed trucks queueing as far as the eye could see, several lanes abreast, and not moving at all.

Earlier this week, Transist also showed smaller vehicles getting off the tar road and bypassing the queue on the gravel shoulder, possibly causing even worse congesting as they crammed in at the top.

Apart from the staging area between Musina and Louis Trichardt, a green lane has been established for precleared and prepaid trucks in the northbound queue.

“But the uptake has been slow,” Fitzmaurice said.

A similar lane for southbound traffic from Zimbabwe into South Africa seems to have had the desired effect, with the queue north of the border shrinking from about four kilometres to about one.

Admittedly, with no room to manoeuvre a light delivery vehicle let alone a code-14 truck, the northbound green lane doesn’t seem to be of much use at the moment.

So badly blocked is the border that transporters are calling for extreme measures, such as opening it to let trucks pass through with minimum processing checks.

As for an alternative way around Beitbridge via the Groblersbrug-Martins Drift crossing through Botswana and north into Zimbabwe west of Plumtree, Fitzmaurice said it would merely be a case of shifting volume elsewhere.

Groblersbrug was already seeing an increase in traffic, he said. “While it’s nowhere near what we’re seeing at Beitbridge, it will only get worse if trucks heading into Zimbabwe go that way around.”

Not for the first time has it been said that the single-lane bridge west of Lephalale is wholly inadequate as a cross-border alternative – both for volumes diverted away from Beitbridge and for traffic heading towards the Kazungula Bridge across the Zambezi between Botswana and Zambia.

WATCH: Trucks queue as far as the eye can see south of Beitbridge. https://www.youtube.com/watch?v=8xaQOssCGvM