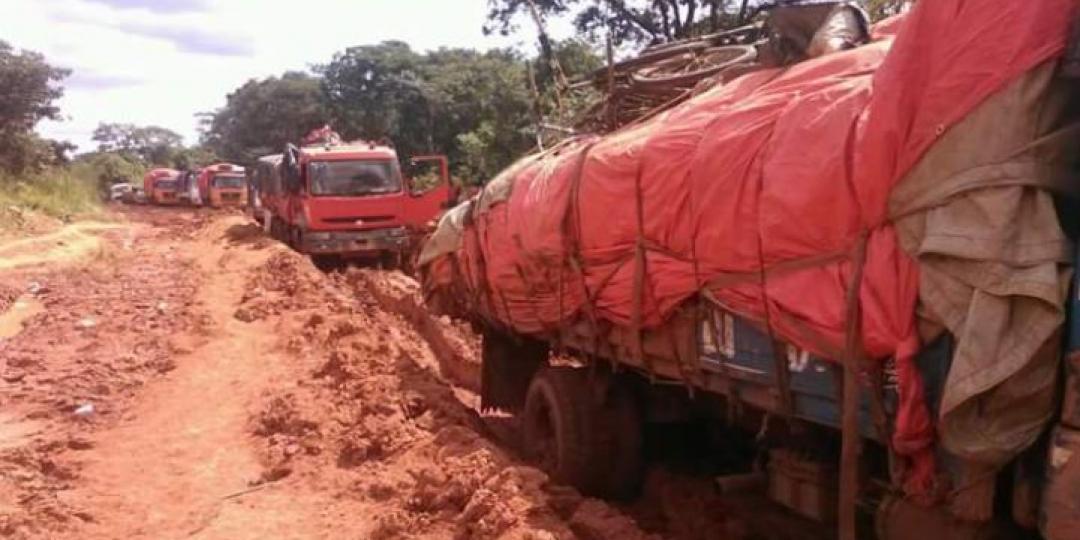 The infamous Mokambo Road in the DRC, notorious for the mud trench it turns into during the rainy season.
0 Comments

An old scheme to fleece long-distance truck drivers of hard currency on the southbound leg out of the Democratic Republic of the Congo (DRC) has flared up again.

This has emerged from complaints from members received by the Transit Assistance Bureau (Transist) saying they’re forced to use an alternative route out of Haut Katanga province instead of the Kasumbalesa crossing into Zambia – the main transit in and out of the Copperbelt.

It’s known as the Mokambo road, a dirt track stretch leading to an alternative border post south-east of Kasumbalesa, and DRC authorities routinely divert empty-haul trucks onto this road to deal with congestion at Kasumbalesa.

However, it costs $50 to use the Mokambo Road, and at the moment there are no delays at Kasumbalesa.

What’s more, northbound drivers have to pay $200 up front to use truck park facilities on both sides of the border.

“It means that if you’re forced to use the Mokambo Road, you have to pay an additional $50 on top of the $200 you had to pay on entering the DRC, but you don’t get to use the truck park south of the border. In other words you’re paying for something you’re not using.”

A message passed onto Transist said that forcing southbound traffic onto the Mokambo Road was a decision taken by customs at Kasumbulesa, not by the town’s mayoral office.

The message said: “I spoke to the customs provincial director and he confirmed that there are no traffic jams and the traffic is flowing normally.

“Therefore at the moment there is no need to force drivers to Mokambo. It is a personal decision one can take.”

The comment led Mike Fitzmaurice, chief executive of the Federation of East and Southern African Road Transport Associations (Fesarta) to remark that “they always say that, but in reality it does not happen that way”.

Transporters heading south out of the Copperbelt are sporadically told to exit the DRC at Mokambo anyway.

“The reason they’re doing it is because they’re collecting $50 per truck.

“The problem is that the DRC can’t control their law enforcement agencies. These agencies make their own decisions and do what they want.”

In the meantime it’s feared that it will soon become necessary – again – to head south via Mokambo because of a coronavirus-curbing measure implemented in the DRC (see story: Covid decision sparks resistance at Kasumbalesa border – https://tinyurl.com/3dwf9da2).