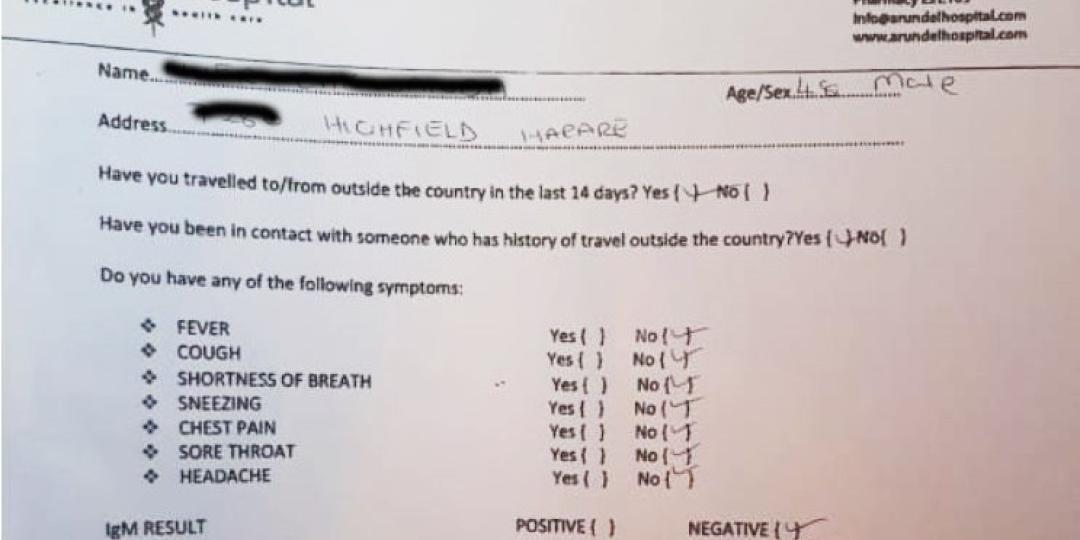 The July directive by the Southern African Development Community (SADC) that cross-border truck drivers operating in the sub-Saharan region will have to carry “Covid certificates” confirming or denying their coronavirus status is going ahead.

This was confirmed this morning by the Federation of East and Southern African Road Transport
Associations (Fesarta) after last week’s uncertainty and supposed vacillation by public sector officials over the controversial issue.

Fesarta could also confirm that whereas it was initially seen as an issue exclusive to Zambia, erroneously thought to be behind the Covid-curbing development, Botswana and Zimbabwe have also decided to adhere to the SADC decision.

“We’re the only country that hasn’t said anything about it and we have no choice. We’ll have to comply.”

In the absence of local officials getting involved in a matter transporters fear could disrupt road freight across the region, Fesarta has sought a postponement in a bid to establish readiness among drivers and the transporters they represent.

“Zimbabwe has given us until next week and we also approached Zambia’s Ministry of Health. We haven’t heard from them yet but drivers passing though border posts like Chirundu haven’t been stopped yet so we can only assume that the ruling hasn’t come into effect yet.”

Meanwhile, the previously held assertion that there is no such thing as a health certificate for one’s Covid-19 status has also been disproved, with Fesarta having seen at least one officially stamped document from Arundel Hospital in Harare saying that the bearer had tested negative for fever, coughing, shortness of breath, sneezing, chest pain, sore throat and headaches.

Fitzmaurice though has taken it upon himself to compare Covid guidelines from the World Health Organisation with those that presumably led the SADC to its decision.

“It doesn’t match and I don’t know where the SADC get their guidelines from. Just because you carry a certificate that says you have been tested and that you don’t carry the virus doesn’t mean you can’t contract it en route.”

Several labs though have indicated that they will be able to help in the matter.

It could however take at least 28 hours to email results through to points where Covid certificates could be collected prior to drivers crossing the border.

In a related development one of South Africa’s leading laboratories has alluded to the seeming unconstitutionality of forcing people to undergo testing.

The lab said: “An employer cannot force a patient to have a laboratory test to prove that they are not infected before you can work. A negative lab result does not mean that a patient may not be infected. Anyone with possible exposure who is asymptomatic should self-quarantine for 14 days.”

Clearly, that is not the case in countries like Zimbabwe where a doctor can stamp a letter confirming you’ve been tested for the virus.

In addition, what may be unconstitutional in the one country is not necessarily the case elsewhere.

What it does reveal is the apparent level of non-engagement between the SADC and certain government department officials expected to act on behalf of trade interests when cross-border corridor efficiencies are compromised.

With regard to the certificates only being valid for 14 days, only time will tell how the decision will play out on routes like the North-South Corridor into the Copperbelt of Zambia and the Democratic Republic of the Congo, where a trip from the Port of Durban and back can take much longer than two weeks.

Other
29 minutes ago
0 Comments