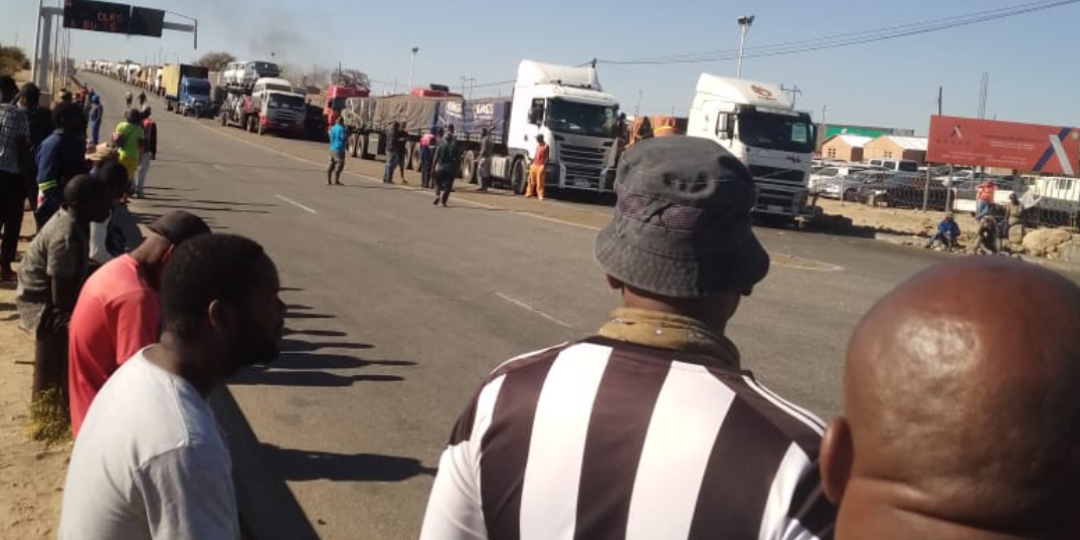 You don’t have to stretch the imagination too much to draw a parallel between the bottlenecking at Beitbridge and old-time controversial rocker Chris de Burgh singing that you shouldn’t pay the ferryman until he gets you to the other side.

Had that been the case, and if services were only paid for once they had been rendered at Africa’s most tempestuous transit, speed may have been added to the equation.

Instead, transporters entering Zimbabwe are expected to cough up in advance for the privilege of using the revamped border area commissioned on Monday by build-operator-transfer concessionaire, Zimborders Consortium.

If you run a code 14 truck, like a 24- or 34-ton triaxle or link, it means paying $175 excluding VAT which, if you’re not a registered Zim operator, is going to present you with a headache or two to reclaim.

Once everything has been factored in, heavy-haul transporters are at least $200 down once their drivers are lucky enough to see Beitbridge disappear in their rear-view mirrors.

And that’s just one way.

If you’re not backhauling anything, as is the case with most trucks on the return trip to South Africa, you have to fork out another $200.

Little wonder, says one of the transporters Freight News (*) spoke to, that “some guys are beginning to think of coming back via Plumtree”.

The western way out of Zim, via Botswana and back into South Africa at Martins Drift-Groblersbrug looks like an increasingly popular home leg as cross-border hauliers battle to protect profit margins against punishing user-pay fees at Beitbridge, tariffs, and the cost to business directly related to the nightmarish queue north of Musina.

Had it only been worth it, transporters would probably have found a way to lessen the impact of stiff costs when crossing the Limpopo.

Zimborders CEO Francois Diedrechsen said as much himself, that transporters aren’t averse to paying their fees.

“It was well advertised and marketed and we cannot see at this stage whether it’s a contributing factor to the congestion we’re experiencing.”

In other words, paying to use Zimborders’ facilities is not a problem.

Not so, say transporters.

As with all things new, especially at this scale, there are teething issues which, more specifically, have apparently resulted in the non-alignment of payment systems north of the border.

Because e-pay efficiencies are still lagging behind Monday’s go-live of Zimborders, drivers have to either carry cash or make use of existing payment methods in Zim which now, from what Freight News has been told, are adding to user-pay problems.

Long story short, the souped-up border for the time being is not only costlier, but slower – much slower.

Diedrechsen is convinced it’s a short-term situation and that the benefits of a better border will be felt once Zimbabwe sorts out issues with its evening staff who, for some inexplicable reason, are adhering to a dawn-to-dusk curfew even though clearing agents and the runners carrying documents on behalf of truckers are categorised as essential workers.

Another transporter told Freight News this was rubbish.

“They’re just pointing fingers, but playing the blame game is not going to help. The fact of the matter is they weren’t ready by Monday. They didn’t make sure that everything was working properly before they went live. As a result it’s a bigger mess than ever before.”

Not all is lost though.

Hauliers’ hopes that Zimborders could unblock Beitbridge, hopes that have been sadly dashed because of the current situation, could be restored if the border was opened and as many impediments as possible removed until the backlog is cleared.

“They should be bringing out the cops and the army on both sides of the border, come up with an action plan, identify suspicious-looking trucks, and let the others go through,” one of the transporters said.

“What’s happening at the moment is not working for us at all. A lot of businesses are saying they’re going to pull out of Zimbabwe.”

While the transporter was once willing to pay for a streamlined service at a border renowned for trucks trickling through and delays lasting for days, he said the Zimborders experiment was not succeeding.

“Paying before your vehicle gets into the border makes absolutely no sense. How can you pay outside a gate, walk into a customs building, pay your tariffs, and get back into your truck. It takes half an hour, at least. If there are queues, it takes even longer.

“The simple thing to do here is that both sides of the border should just open the gates so that the people can get through and we can get on with our business.”

* Transporters quoted in the article spoke to Freight News on condition of anonymity. More information from these interviews will be shared with our readers in due course.