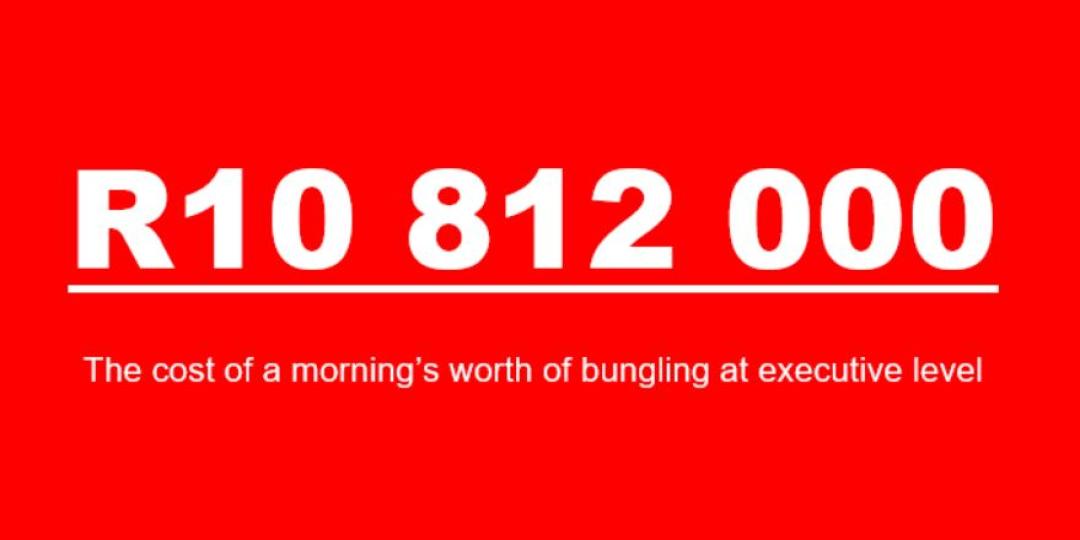 The customs confusion that ensued last Thursday morning after the Department of Home Affairs (DHA) contradicted the SA Revenue Services’ (Sars) implementation of a regional Covid-curbing measure has cost transporters an estimated R10 812 000.

This emerged after the Federation of East and Southern African Road Transport Associations (Fesarta) looked at six primary commercial cargo crossings affected by the mess.

These are the Lebombo border east into Mozambique, the Skilpadshek crossing into Botswana on the Trans-Kalahari Corridor, and three of South Africa’s transit points that are part of the North-South network – Beitbridge (Zimbabwe), as well as Martinsdrift and Kopfontein (Botswana).

Fesarta also looked at the opposing border posts of Ariamsvlei on the B3 from Namibia into South Africa, and Nakop on the N10 west of Upington in the opposite direction.

The reason for looking at both sides of that Orange River crossing is because the Ariams-Nakop border, which is one of the quieter and more uncomplicated cargo transits in the region, was shut down in both directions by the fumbling at official level.

Cost calculation of the confusion about whether or not drivers should be tested for the coronavirus with requisite proof of their test results as per a directive by the Southern African Development Community (SADC), was based on roughly 12 hours.

“That, on average, is how long it took for the borders to get back to business by the time customs personnel heard it was all a stuff up,” said Fesarta chief executive Mike Fitzmaurice.

He said whereas some borders had realised soon enough that there had been massive miscommunication between DHA and Sars over the SADC measure, it had taken longer for others to cotton on to what had been happening.

Fesarta looked at volume per day – and using a calculation rate of $20 per hour - found that for the 12-hour period when confusion reigned and borders were affected, Beitbridge, which receives about 950 trucks per day, was worst hit.

For Skilpadshek and Martinsdrift, which receive about 300 trucks each every day, the cost was $72 000.

At the quieter Botswana border of Kopfontein, Fesarta found, where roughly 200 trucks are received each day, transporters had to fork out $48 000.

The total of R10 812 000 caused by the conflicting views of DHA and Sars, which left customs personnel not knowing whether truck drivers should prove that they were Covid free or not, “is based on an estimate but a very close one”, Fitzamaurice said.

More importantly, it exposes how executives dealing with the flow of good across the sub-Saharan region often talk about trade facilitation while their actions usually bring about exactly the opposite, often because of miscommunication and incomprehension of the dynamics driving the logistics sector.

In the interim Fesarta has also seen official notification from DHA about the SADC decision to have truck drivers tested and equipped with documentary proof.

The DHA directive clearly states that only travellers – not truck drivers – have to prove that they are Covid-19 free.

Said Fitzmaurice: “It boggles the mind that this was allowed to happen, that so much confusion and cost was necessary before the transport industry finally received clarity on the matter.”

What makes it worse is that this issue was reported as long ago as mid-August when it emerged that the SADC was hell-bent on foisting an ill-considered curbing strategy on cross-border hauliers.

Unsurprisingly, the SADC’s deafening silence is sending a loud and clear message, with not a single member country taking the directive seriously.

Even Zambia, the initial lone and rigid enforcer of a health strategy completely out of sync with World Health Organization guidelines on the pandemic, appears increasingly phlegmatic about a bamboozling test regime.

A South African cross-border operator based in Mozambique, who last week had to undergo a test to travel to Komatipoort, told Freight News: “It’s utterly stupid, to say the least, that long-distance truck drivers would suddenly be expected to prove they have been tested for the virus under lockdown level one, when it wasn’t the case under levels five and four at the beginning of the outbreak."