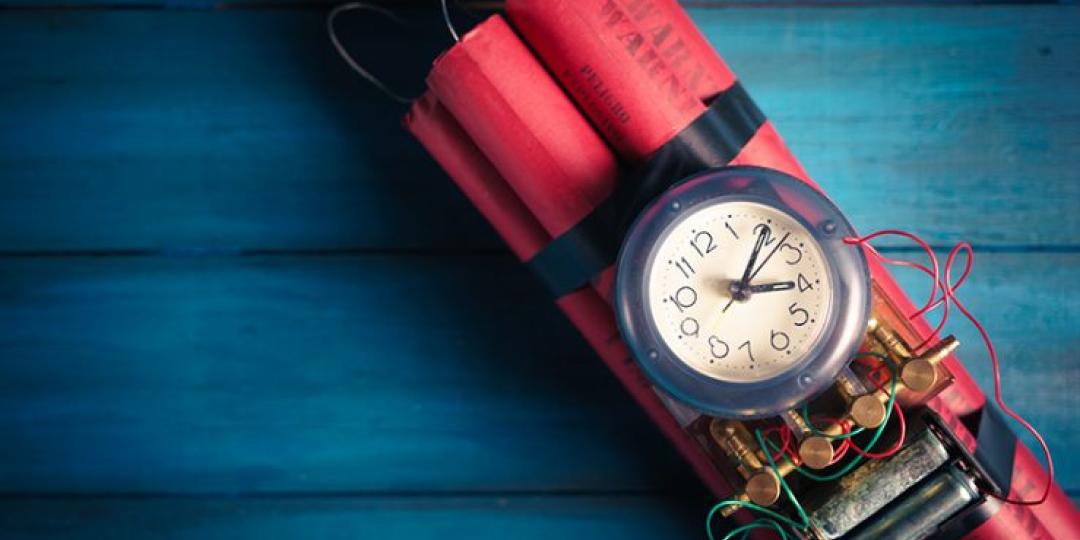 The queueing time for trucks at the Beitbridge border, where congestion has held up freight for the past 21 days (as of yesterday morning, 10 November), lasts for an average 74 hours or three days, costing the transport industry $15 126 600 or R242 025 600.

This is totally unacceptable and can no longer be tolerated.

Besides the costs which are impacting heavily on the cross-border industry and which are likely to cause some casualties, there is the humanitarian aspect of drivers spending three days in the queue with little or no sleep because if they sleep they will lose their place in the queue.

Furthermore, there are no sanitation facilities, and no running water to wash or bath and cook food on the side of the road or in their trucks.

This situation is a ticking time bomb about to explode.

There are all types of volatile cargo in this queue such as petrol, diesel, acid, fertilisers and other mixed chemicals which make for a volatile cocktail ready to explode.

One slip by a driver suffering from fatigue and we have another Kasumbalesa on our hands with trucks having nowhere to escape (in 2014 the Copperbelt border between the DRC and Zambia was the scene of an inferno after two tankers in a queue collided, setting off a blast that killed four and damaged and destroyed 50 trucks).

Over and above all this we have corruption which has just become a fully fledged business at Beitbridge with some clearing agents collaborating with traffic police to facilitate skipping the queue and advancing to the border gates for a facilitation fee of R300.

After dark the area between Musina town and the border has become a gangster’s paradise, with truck drivers being robbed at knifepoint of their cell phones and all available cash on them.

One driver who resisted was so severely beaten he had to be admitted to hospital.

One exporter who supplies Zimbabwe with food for human consumption (maize and wheat) stated “the road transporters are exasperated with the excessive delays resulting in trucks taking six to seven days to cross into Zimbabwe”.

The costs being incurred are huge with the transporter absorbing all of these costs while the poor driver at the frontline has to cope with the poor conditions of living out of his truck and following a queue that moves about a kilometre a day.

As a result, the above transporter has been put on notice that trucks are being withdrawn.

Their loss thus far is 100 trucks from the system.

As a result 13 600 tonnes of maize and wheat will not reach Zimbabwe due to the congestion at the border.

This situation cannot carry on like this and I am sorry to say but all border post stakeholders on both sides of the border - namely the Department of Home Affairs, SA Revenue Service, SA Police Service, Port Health departments (SA and Zimbabwe), Limpopo Traffic Police, Cross-Border Road Traffic Agency, Zimbabwe Revenue Authority, Zimbabwe National Road Administration, and Zim’s Vehicle Inspection Department - must take collective responsibility for this disaster of catastrophic proportions.

The notorious border posts on the North South Corridor- such as Kasumbalesa and Chirundu - which were the most problematic in the past, are now no longer experiencing congestion and are operating at their most efficient rate compared to the past.

At the beginning of lockdown in March this year we had a queue of 90 km at Kasumbalesa which was backed up to Kitwe in Zambia.

The Federation of East and Southern African Road Transport Associations (Fesarta), through negotiations with ZRA (Zambia Revenue Authority) and DRC Customs, managed to have the queue dismantled within seven days.

This was through the will of public sector stakeholders to facilitate private-sector trade concerns.

In January 2020 I was commissioned by Comesa (Common Market for East and Southern Africa) to undertake a performance analysis of the Chirundu border post and I made recommendations in my report, finalised in May, for the OSBP (One-stop Border Post) to operate 24/7 as the first priority.

That recommendation was implemented on 1 June 2020 and as a result a 15-km queue which had built up south of the border on the Zimbabwe side was dismantled within two days – again through political will based on private sector concerns.

Since then Chirundu is operating like a charm, with sporadic incidents of queues building up which are quickly dismantled after Fesarta intervenes and requests assistance from the respective revenue authorities at Chirundu.

So I have to ask what is the problem at Beitbridge?

Why is there no will amongst the various public stakeholders to make Beitbridge work?

You would think with the onset of the opening of the Kazangula bridge (between Zambia and Botswana across the Zambezi), there would be some urgency to fix Beitbridge before it is too late and massive volumes of traffic are lost.

Should this happen, it could lead to the loss of jobs and the loss of revenue to an already flagging Zimbabwe economy.

Thankfully there is still hope.

We can still come up with a collective solution for the way forward for Beitbridge.