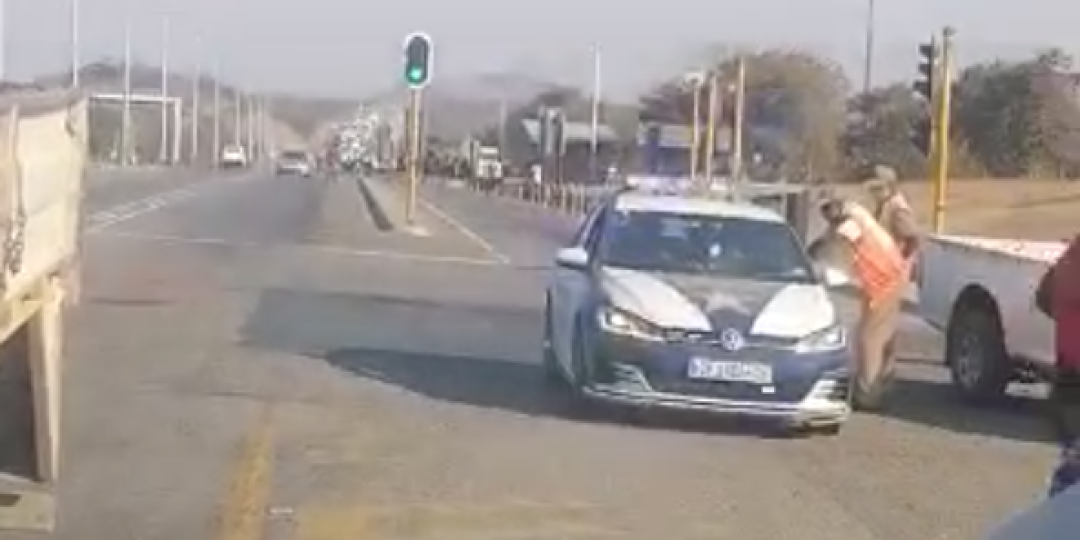 The RTMC vehicle in the video is allegedly escorting truck drivers to the front of the queue for a bribe.
0 Comments

Welcome to Beitbridge – border of backlogs, bribery, and the inhumane treatment of long-distance truckers.

Yesterday, and certainly not for the first time either, reports filtered through about some drivers palming off ‘fees’ of R1000 to traffic officials willing to escort trucks to the border.

Footage sent to Freight News by a reliable source clearly shows a Polo, marked by the familiar navy and white colours of the Road Traffic Management Corporation (RTMC), stopping at the weighbridge intersection immediately south of the border control zone.

Emblazoned across the bonnet is the five-point gold star with South Africa’s emblem at the centre, and just so there’s no confusion whom we’re talking about – writing across the car makes it clear that it's the “national traffic police”.

“That’s the one,” a voice says in the video.

Elsewhere in the same video the same person says it’s the vehicle escorting trucks who have paid R1000 to speed through to the border.

Another video clearly shows how several trucks, many of them marked by transporters well known to Freight News, motor on through while other rigs are standing still on the shoulder of the road.

The sirens could easily be mistaken for something that’s wrong or a convoy coming through.

The latter of course it is, albeit illegal.

The sirens could easily be mistaken to be signalling that something’s wrong - or that there’s a convoy coming through.

It is of course the latter, albeit illegal.

Such is the situation south of Beitbridge, where slow processing north of the border is once again grist to the mill for crooked RTMC cops.

WATCH: Trucks get escorted allegedly paying bribes of R1000 each.