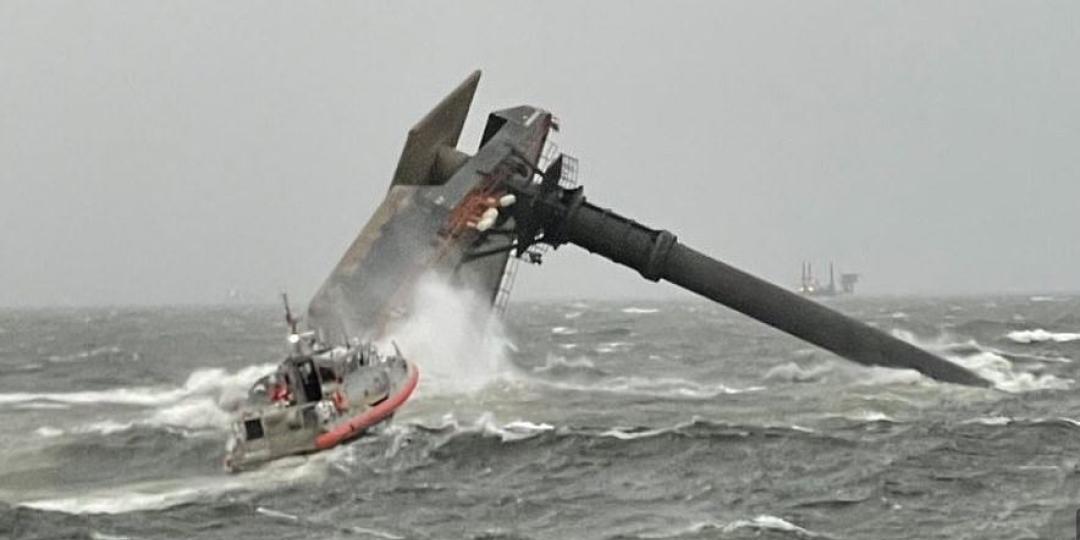 The submerged Seacor Power, an oil rig lift boat that was flipped onto its side in 50m swells. Source: US Coast Guard
0 Comments

Rescue efforts are still under way in the Gulf of Mexico where nine mariners remain unaccounted for after the oil exploration assistance platform they were on capsized in heavy seas about 12 kilometres south of Port Fourchon, Louisiana.

The “jack-up” rig used to assist oil drilling platforms, Seacor Power, was flipped onto its starboard last Thursday in swells of up to 50 metres.

The bodies of the captain, 62-year-old David Ledet, and another seafarer were the first to be retrieved from the raging water, along with six other crew members who were rescued from the self-elevating vessel.

It is believed that the missing mariners could be stuck inside the Seacor, surviving off air pockets from the extensive living quarters above its deck.

Hopes that any of the team’s remaining members will be found alive are dwindling fast though, as inclement conditions continue to hamper rescue efforts, forcing divers to sit out bad weather before continuing with search efforts.

There’s reason to be hopeful though.

In 2013, Harrison Okene, a cook on board a tugboat, Jackson 4, survived for three days after the vessel sank off the Nigerian coast.

In the same year a scientific study was conducted to see how long a person could potentially survive on oxygen captured in a confined space, similar to a small delivery vehicle.

It was found that it would take about 79 hours before you lost consciousness.