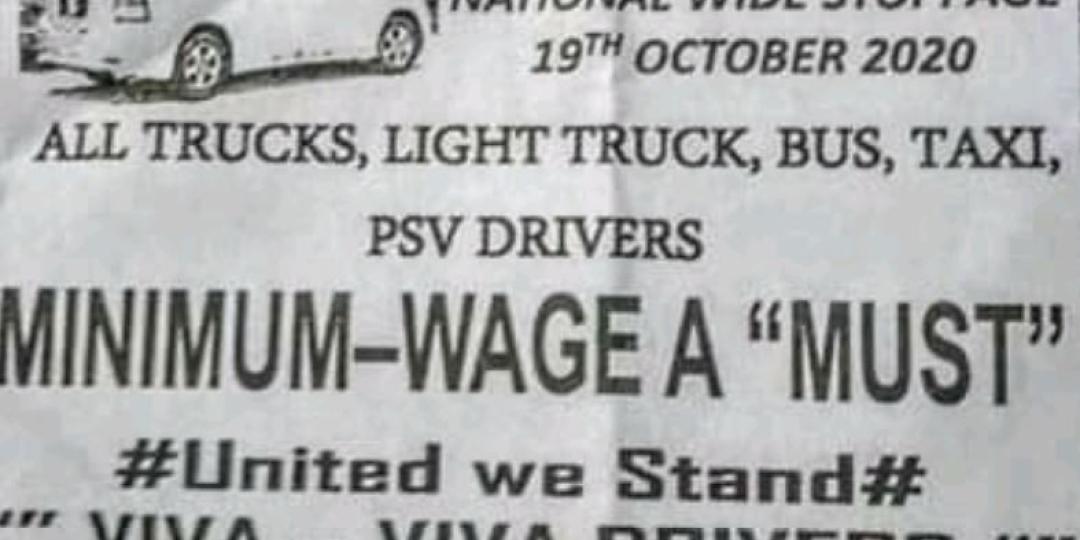 A section of the strike action notice that has brought fear and tension to Zambia’s road freight sector. Source: Transist
0 Comments

Cross-border road hauliers operating in Zambia have been warned to proceed with extreme caution on the country’s roads as an illegal strike over minimum wage demands is under way at the moment.

The safest thing to do at this stage is to park in a secure truck stop to avoid unnecessary risk to drivers’ lives and transport property, the Transit Assistance Bureau (Transist) has advised.

This is despite the fact that the government in Lusaka has declared the strike illegal and that minimum wage disputes should go to labour arbitration.

However, Zambian drivers affiliated to the wildcat strike have posted several messages on various WhatsApp groups warning “compatriots and comrades” not to drive today.

This morning though main thoroughfares through the country, especially on the North-South Corridor (NSC) through Ndola towards the Copperbelt, seemed relatively free of incidents related to the strike.

Transist also heard that the strike seemed to be unsupported in several areas, with reports coming through that Zambia’s border crossings at Nakonde (Tanzania), Mokombo and Kasumbalesa (DRC), and Mwami (Malawi) were quiet and that border transits were going ahead as usual.

Elsewhere though things were tense, with recorded footage of driver intimidation and gratuitous violence being distributed via social media.

At Kazungula on Zambia’s border with Botswana, a driver was hauled out of his truck, surrounded by assailants supporting the strike, dragged around on the ground while kicking at his attackers, and eventually overpowered, doubled over and severely beaten with a sjambok.

It was clear that the police had no control over the situation in Kazungula, a Transist spokesperson said.

At the weighbridge junction in Kapiri Mposhe on the road to Ndola north of Lusaka, a Transist member also sent through the following message: “It looks as if there’s a problem. We have been warned that the road is blocked so we have parked at the police.”

Another driver said: “We have been forced to park at the weighbridge.”

In footage recorded in an undisclosed area a driver could also be seen falling to his knees next to his truck, pleading with irate assailants who recorded the video to spare him from daring to work during the labour action.

In a similar incident a bulk liquid tanker driver managed to escape a potentially dangerous situation, but threats were circulated that he was being pursued and that his truck would be torched with him in it.

The mood of Zambian truckers supporting the strike and the importance of remaining safe also becomes clear in the following voice message Transist received: “Drivers are in the mood to beat up other drivers. Prevention is better than cure. I urge you comrades, better you park your trucks at the safe place. Watch the situation that you find yourself in to avoid an awkward position. Avoid damage to your truck. We need peace. Transporters would not love to see their trucks being damaged. Protecting your truck is better. Watch the situation, how it’s gonna go. Drivers are aggressive.”

WATCH: A truck driver pleading with his assailants this morning where a wildcat strike spread fear and violence through Zambia’s road freight industry. 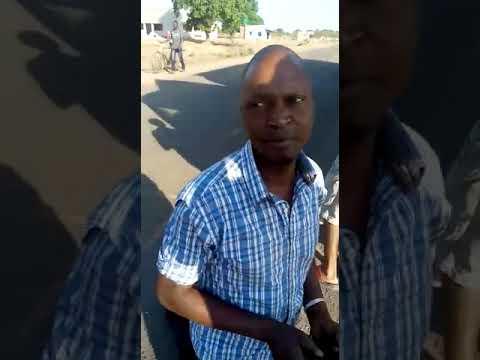