BORDER BEAT: Some respite from border bedlam but not enough 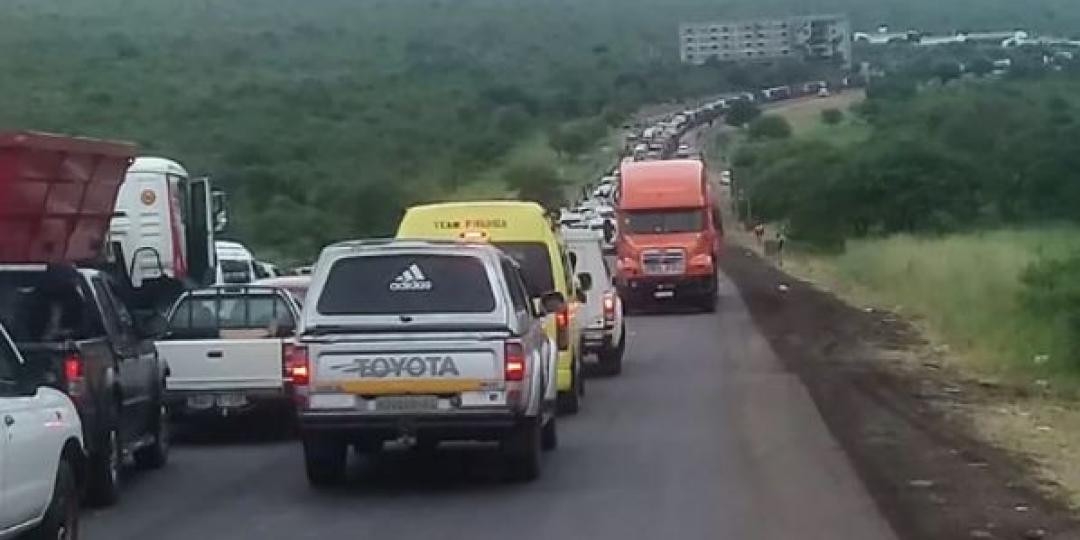 The queue east of Ressano Garcia Border Post on the Maputo Corridor has come down from 25 kilometres but the situation is still critical. Source: Transist
0 Comments

The Covid-19 congestion and ensuing humanitarian chaos at two of South Africa’s busiest borders, Beitbridge into Zimbabwe and Lebombo into Mozambique, has been eased - but not enough to avoid superspreading the coronavirus and preventing potential loss of life.

According to Mike Fitzmaurice, chief executive of the Federation of East and Southern African Road Transport Associations (Fesarta), the truck queue southbound out of Zimbabwe was this morning down to one kilometre.

At Ressano Garcia as well, Mozambique’s border post going west towards Komatipoort, the traffic queue which yesterday was sitting at around 25 kilometres along the Maputo Corridor, had shrunk to about 14 kilometres.

The passenger queue was even shorter, Fitzmaurice said, at about seven to eight kilometres.

In respect of Beitbridge, he mentioned that some order had been restored and people were now required to queue single file as opposed to bunching up like they had been.

The semblance of order in a serious situation of overcrowding, caused by Zimbabweans trying to escape a tough socio-economic environment made worse by hard lockdown restrictions, was enabled by police and the military stepping in to sort things out.

“They had to do that to bring an end to the scenes seen earlier this week when people were allowed to sleep on the bridge (across the Limpopo Rover).”

At the Lebombo-Ressano Garcia crossing, border officials and supportive functionaries have also had their hands full to cope with masses of traffic, both human and cargo-related, trying to enter South Africa whose stringent Covid-curbing measures have resulted in extreme congestion.

Unfortunately, the reactive manner in which Zimbabwe and Mozambique have dealt with their respective border dilemmas has come at a price to people trying to cross into South Africa.

According to figures seen by Fesarta, more than 3000 people had been waiting on the Zim side of the border trying to get through Beitbridge, Fitzmaurice said.

At Ressano-Garcia people waited in the queue for four days or more.

‘We’ve heard cases of people not eating for two or three days because there is no food available and they didn’t bank on having to carry food with them.

“If you’re stuck in a queue that is 10 to 15 kilometres long in the middle of nowhere, where do you get food and water, and where do you go to the toilet?”

The fact that aid organisations like the United Nations and Amnesty International have not intervened to assist the dire plight of people stuck in queues at blocked-up borders, has also attracted strong criticism from the likes of the Transit Assistance Bureau (Transist).

“Meanwhile people can die in these conditions.”

Fatalities were indeed recorded in December when congestion at Beitbridge claimed the lives of a truck driver and at least three passengers, two of them women stuck on buses.

Transist also criticised government’s call for Covid-positive people who had managed to cross into South Africa – 104 were recorded just in one day – to immediately come forward and self-isolate.

“How are you going to communicate that?”

Now, with calls being made by the likes of Dr Mbuyeseni Ndlozi of the EFF that President Cyril Ramaphosa should immediately step in to assist with what’s happening, industry insiders are wondering whether government has either the will or the wherewithal to deal with the situation.