BORDER BEAT (POLL): What should be done to unblock Beitbridge? 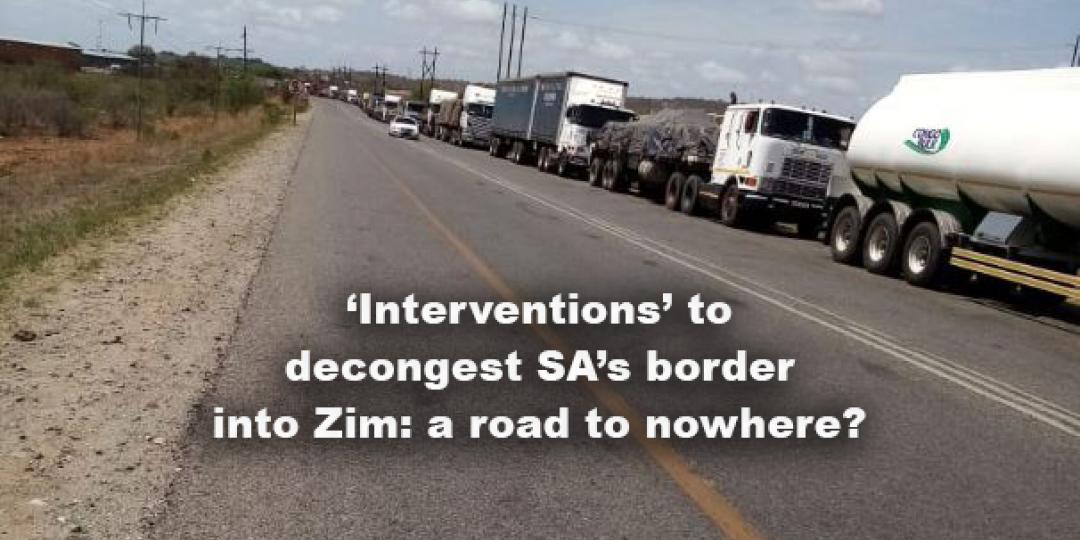 Private sector interests lay the blame for the bedlam currently being experienced at Beitbridge at the feet of public sector agencies who either point fingers at each other or completely ignore questions about the reigning chaos at the border.

Crippling congestion and corruption at South Africa’s only transit touch-point into Zimbabwe is making it increasingly difficult for trade facilitation through that crossing, raising serious feasibility concerns for the North-South Corridor (NSC) and supply-chain concerns linking the Port of Durban with sub-Saharan landlocked areas north of the Limpopo River.

One person tirelessly working to expose transit inefficiencies and who is constantly seeking solutions to non-tariff barriers is Mike Fitzmaurice, chief executive of the Federation of East and Southern African Road Transport Associations (Fesarta).

Another is John Rocha, chief director for Trade Invest Africa at the Department of Trade, Industry and Competition.

This morning he said: “I am talking to the transport department, SA revenue Service, Department of Home Affairs, and Department of Health to see what is going on.”

Fitzmaurice pointed out that congestion at the border was the worst it had ever been.

He said data at Fesarta’s disposal showed that Durban only yielded 30% of copper exports from Zambia and the Democratic Republic of the Congo, heralding a significant decline on previous Copperbelt yields.

In the meantime transporters are heartily sick of the situation at Beitbridge.

With the completion of the highly anticipated Kazungula Bridge between Botswana and Zambia and its opening imminent, not to mention other corridor-to-port developments in the region, Beitbridge will need serious and enduring intervention if South Africa doesn’t want to see its NSC interests substantially depleted (Also read this: https://preview.tinyurl.com/yxm8xxoz).

What do you think? Post comments underneath or take the poll.