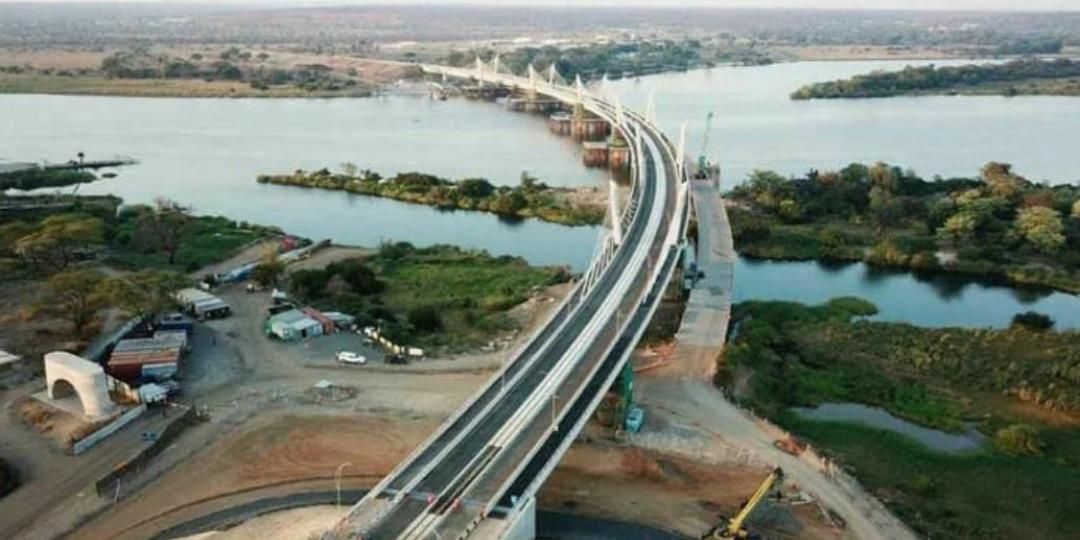 The Kazungula Bridge, seen here from the Zambian side looking south.
0 Comments

The recently opened One Stop Border Post (OSBP) at the Kazungula Bridge between Zambia and Botswana has already resulted in a significant reduction in the time it takes hauliers to use the once-treacherous Zambezi River crossing.

According to OSBP consultant Mike Fitzmaurice, transit times have gone from an average 40 hours in April to 22 hours since the multi-modal linkage opened on May 10.

“That’s a saving of 18 hours, or a 45% reduction in border crossing times,” says Fitzmaurice, who also heads up the Federation of East and Southern African Road Transport Associations (Fesarta).

Reflecting on what this currently means for the crossing, Fitzmaurice indicated that the OSBP at Kazungula is a vast improvement on what it used to be when trucks and other traffic were forced to use pontoons, often waiting for days to get across.

Delays, especially during last year’s coronavirus outbreak and subsequent Covid-19 disruptions on either side of the river, were further exacerbated by monsoon-like rain earlier this year.

With at least one if not two of the three pontoons frequently broken down, the rush to make up for lost time often resulted in trucks slipping off the ageing ferries.

Late last year and less than a week apart, the Southern African cross-border road freight industry suffered serious losses when two trucks, one going north and another south, slipped off their pontoons.

Now, with the bridge finally open and operating smoothly with relatively few teething issues, one of the region’s most notorious border crossings has been wholly transformed.

“It’s still a long way off the expectation of three hours, which is what’s achieved in East Africa,” Fitzmaurice says.

“Fesarta will be monitoring the performance of OSBPs on an ongoing basis as well as traffic volume statistics for Kazungula, and give regular updates.”