BORDER BEAT: Congestion eases at Beitbridge – but only just 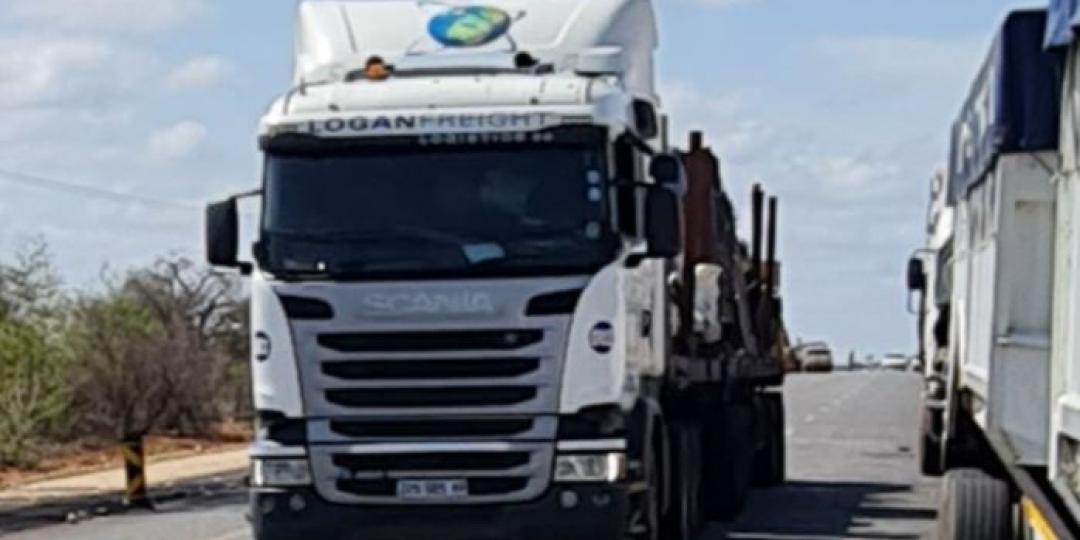 We’re all equal but some are more equal than others, if you’re willing to pay cops a bribe, such as this truck bypassing others on the way to the Beitbridge border. Source: Transist
0 Comments

Traffic congestion south of the Beitbridge border between South Africa and Zimbabwe was this morning significantly reduced after yesterday’s gridlock that saw trucks and other vehicles queuing three abreast on a single-lane highway – and not for the first time in recent days.

Transit Assistance Bureau (Transist) reported that the queue had shrunk to a double lane about four kilometres south of the border, with a single lane making up the tail towards Musina.

And although it’s sure to calm tempers and alleviate frustration, especially among transporters often stuck in an immovable mess while smaller vehicles jump the queue, congestion-related corruption continues to surface at what has become the most challenging crossing in the region.

This became apparent through pictures sent to Transist clearly showing trucks and vehicles allowed to bypass the queue – for a fee.

This practice, of traffic police and SA Police Service members allegedly taking bribes to usher some trucks and cars all the way to the border when the southbound lane is not blocked up by northbound traffic, is an old money-spinning tactic at Beitbridge.

As soon as space was freed on the N1, with a semblance of order restored to traffic – the actual role of traffic officials – the oncoming side of the highway was again used as an expressway by law enforcement officials escorting queue jumpers.

Meanwhile transporters, disillusioned by what seems to be a hopeless situation, have also criticised a view expressed by the SA Revenue Services (Sars) yesterday that their systems and services (S&S) at the border are capable of processing 2000 trucks a day.

This comes after a series of questions about the disastrous situation at Beitbridge was answered by Beyers Theron, Sars’ head of customs border operations, ports of entry and customs compliance.

Generally speaking the view expressed by the transporters is that the tax authority’s S&S capacity at the border serves an ideal-world situation.

It didn’t help, a Transist spokesperson said, that physical infrastructure on either side of the customs control zone south of the border was out of sync with Sars’ systems and services.

It is well known, for example, that bottlenecks do not occur inside the control zone but outside, leading to private calls for a re-examination and re-imagining of the Beitbridge border.

One transporter asked why the older bridge, within walking distance of the main bridge, could not be used for smaller, general traffic transiting the Limpopo, freeing up passage capacity on the main bridge for heavy cargo.

Apparently though the reason is that the old bridge has been ruled out by a structural engineer for such a congestion-alleviation strategy, despite the fact that it’s still being used by a goods train.

Additionally, there have been questions asked about why unused facilities at the border, such as the space once occupied by clearing agents that now work from Gateway Truck Stop south of the control zone, aren’t used to address problems with the physical densification and design of Beitbridge.

Sars though has made it clear that it’s not their responsibility to work at improving efficiencies outside the control zone (On the morning of 4 November, Sars pointed out that this is incorrect. Freight News will set the record straight once response has been received from the tax authority.)

Meanwhile, in the absence of input from other government agencies involved with border procedures, the department of home affairs most notably, Beitbridge remains a choke point on an important logistical route linking the Port of Durban with landlocked mining areas in Zambia and the Democratic Republic of the Congo.

Transist received several pictures proving that some trucks and cars are skipping the queue at Beitbridge, reportedly after paying bribes to law enforcement officials willing to ‘escort’ queuing traffic to the border.