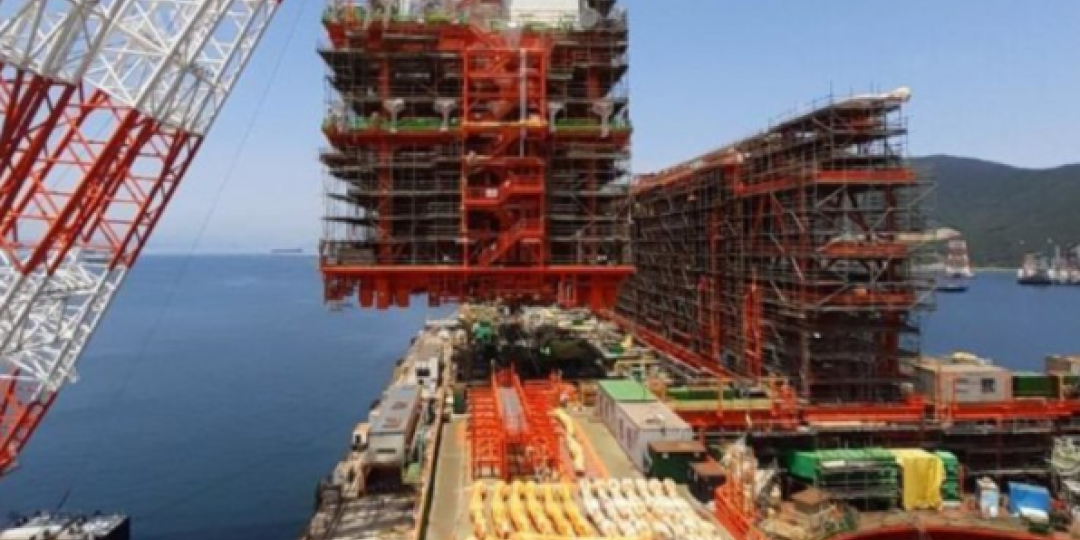 The floating platform to be used in the production of Liquefied Natural Gas (LNG) in the Coral South gas field, within Area Four of the Rovuma Basin off the coast of the northern province of Cabo Delgado, has reached Mozambican waters from South Korea.

A press release issued on Monday in Maputo by Mozambique’s National Petroleum Institute (INP) states that a certification process for the helipad is under way, which will ensure landing and takeoff for the helicopters that will airlift working and support staff.

The certification will be followed by an inspection of the floating platform by a multi-sector team, to assess aspects such as health, safety and the environment, as well as emergency plans and preparedness.

After that work has been concluded, a second multi-sector team headed by the INP will inspect the platform prior to issuing its licence to operate, in line with the Regulation on the Licensing of Hydrocarbon Infrastructures and Operations.

The arrival of the floating platform is in accordance with the government plan, thus becoming a milestone of the project whose final investment decision was taken in June 2017. Production of LNG is scheduled to begin in the second half of this year.

The floating platform has the capacity to produce 3.4 million metric tonnes of LNG per year. It is the first of its kind to be operated in Africa. Only four floating LNG platforms have been built, all of them in Korean shipyards.

The platform is 414 metres long, 65 metres wide, and 39 metres tall. It is an integrated unit that will extract, liquefy, store and assure the delivery of its production. It also has a residential complex capable of hosting about 350 employees.

The floating LNG platform was built by Samsung Heavy Industries, after the Korean shipbuilder won a $2.5-billion deal to build the offshore production platform in 2017.

The Italian energy company ENI discovered the Coral South gas field in May 2012. It is estimated to contain about 16 trillion cubic feet (TCF) of gas.

An agreement has already been reached with British Petroleum (BP) under which BP will buy all the LNG produced from the floating platform.