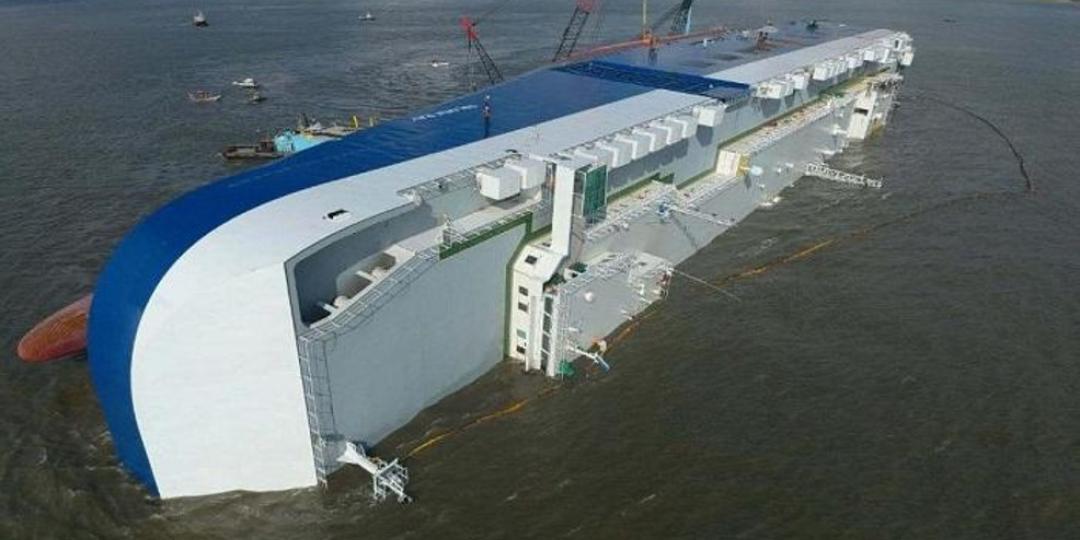 The Golden Ray, a roll-on roll-off carrier, caused losses calculated at about $200 million when it capsized off the coast of Georgia last September.
0 Comments

Of the 892 vessels that have been lost at sea over the past decade, the average age of a ship in service was 28 years, Allianz Global Corporate & Speciality says in its industry report.

Although last year’s loss constitutes a 57% drop over the last decade, comparing substantially well to the 90s when about 200 vessels either sank or were completely destroyed annually, shipping incidents at sea have increased.

Because not all incidents at sea result in total losses, it goes to show the extent to which incidents at sea, mostly Covid-related seafarer issues, have spiked during the pandemic.

According to the report, there were 3 000 incidents involving liners last year.

It’s not clear though how these are classified as they could be related to Covid and the manifold incidents related to the pandemic.

Nevertheless, in keeping with its finding on the age of the average vessel in service, Allianz reports that machinery damage was the top cause of vessel incidents in 2021.

Narrowing the time frame down for last year’s incidents, Allianz said most vessel losses were reported in May and December, namely seven each.

Concentrating on hotspots, Allianz reports that the seas around the British Isles were particularly perilous, with the Bay of Biscay close behind.

The South China Sea around Indonesia also showed up prominently in the data analysed, accounting for one in every five losses at sea.